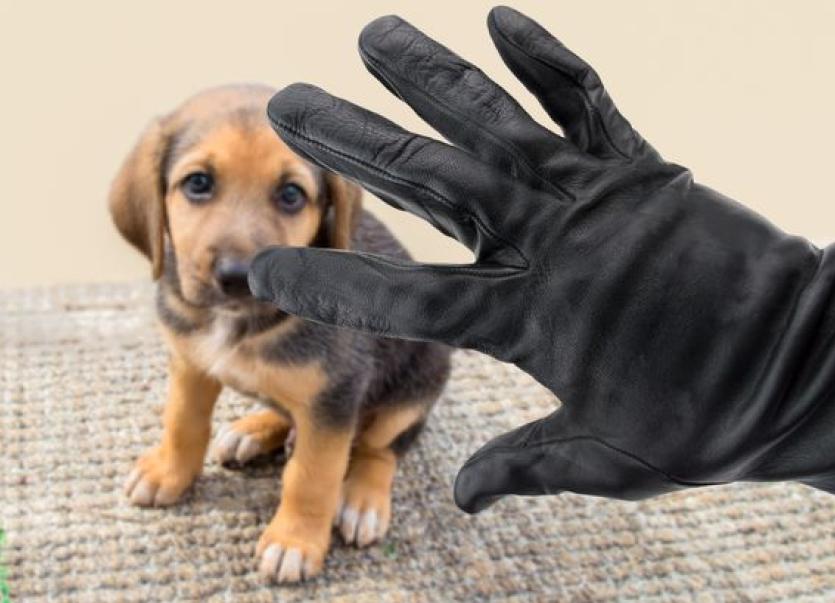 Gardaí say only one dog stolen in Donegal in five months

Hysteria surrounding gangs of dog thieves in white vans and a UK couple scouring the Donegal countryside in search of opportunities to steal your pet dog created quite a stir at last Friday's Donegal County Council Joint Policing Committee meeting in Ballybofey.

Tales of people being afraid to leave their homes because of reports on Facebook about dogs being dog-napped enraged the committee members with one calling for the gardaí to intervene and halt such posts on social media outlets like Facebook.

Cllr Terry Crossan raised the issue when he said he had heard a lot of reports of dog thefts recently and  wanted to know how accurate these were or was there an element of exaggeration attached to them.

"People are saying we saw a white van here and a white van there  - how serious a problem is it," he asked?

Inspector Denis Joyce said he had seen and read reports like this on social media outlets and felt there was a certain element of hysteria attached to them.

"I checked our records and from March 1 there's only been one such occurrence reported to us on May 27. I would appeal to people, if your dog is stolen tell us first. A dog is a very expensive animal to purchase and maintain and there's a certain bond of friendship that develops.

"Social media would indicate that this is rampant but its' not rampant in Donegal according to our records," he said.

Public Participation Network member of the committee, James Trearty said he was also concerned about such reports. He recalled how he had seen a picture of a UK couple and their UK vehicle with their number plate very visible and reports of them being in Manorcunningham, Ballybofey and Kilmacrennan stealing dogs.

"That couple, whether they were guilty or not of what was alleged in social media, had stopped at a house for any reason they could have been lynched. I'm sure the gardaí have access to social media as well as the public and I think they should have a role in this.

"If a picture of a couple and their car registration is out there very visible, I think the gardaí should come out and say either there's no offence committed or an offence has been committed by this couple," he said.

He added dogs were a valuable commodity and one could easily pay up to €1,000 for one. The larceny of a dog could be very distressing for people, particularly if they lived alone.

"Gardaí should be more proactive in the rumours out there in relation to the larceny of dogs," he said.

Committee chairman, Cllr Gerry McMonagle said the garda figures showed only one had been stolen.

He pointed out that sometimes social media could be a conduit for getting the message out to the wider public, sometimes it could also hype the hysteria up about things.

He added if people were afraid or had an experience of someone trying to steal their dog, the more people reported that to the gardaí, the more emphasis and resources could be directed to apprehend those responsible.

"That doesn't just apply to dogs. If you see any property being taken or any illegal activity you should report that to An Garda Siochána," he said.

Independent councillor, Michael McClafferty said he knew of one lady who was so terrified of her dog being stolen that she refused to leave her house other than on very essential business.

"That's one person I know of. This whole thing was being circulated locally on Facebook and various other media around the area. A lot of people talked about that photo, whether it's true or false I don't know, the point is maybe it's time the gardaí stepped in to certain social media platforms if they feel their official records are not matching up what's going out on social media.

It's not fair for innocent victims in society looking at this thinking it's true. They've no choice but believe it, they see it and assume it to be true," he added.

Cllr McMonagle reemphasized the need to phone the gardaí first and let them do the investigating.

"There are elderly or vulnerable who get up to 'high-do' because they have this image of people driving around in white vans trying to steal their pets or maybe break into their houses.

"There's also a danger you could thwart a garda investigation by putting certain information up publicly by people who might be involved in illegal activities. I would urge people if they see anything illegal or untoward, lift  the phone to An Garda Siochána before going on Facebook.

"They are the people responsible for law and order - not Facebook, not Twitter. Rather than raising concerns and causing high tension in a community call An Garda Siochána. Let them investigate and if there's people involved in illegal activity, I'm sure they will be apprehended.

He reminded the meeting that recorded showed only one dog had been reported stolen in recent months and if it was the case as stated on Facebook, there would be a lot more reports with the gardaí.

Inspector Joyce said the gardaí could not control what was appearing on social media.

"Be very careful when you are posting anything on social media," he warned.