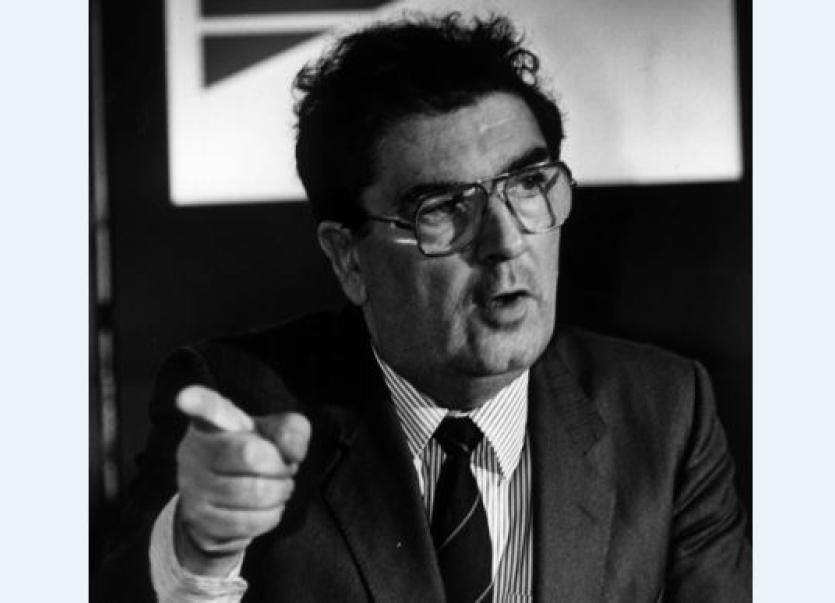 The removal of the remains of the late John Hume, along with the cortège, will leave Moville, Co Donegal, to the Cathedral of Saint Eugene, Derry, at 7.30pm on Tuesday evening (note time change) with the Funeral Mass taking place at 11.30am on Wednesday.
Fr Paul Farren, Administrator of the Cathedral, will be the celebrant for the Mass and he will preach the homily. Bishop Donal McKeown, Bishop of Derry, will preside at the Mass and say the final words.
In the context of the Covid-19 pandemic, and in accordance with public health guidance, social distancing will be strictly observed within the cathedral and on its grounds.
The Funeral Mass will be broadcast at 11.30am on RTÉ One and also televised on RTÉ News Now, and on its online and digital platforms.
In addition, the Mass will be live-streamed on the St Eugene’s Cathedral webcam.
Meanwhile an online Book of Condolence has been opened in memory of Mr Hume.
The Book of Condolence can be signed online at - https://bit.ly/39V2vgz. It and has been organised by Derry City and Strabane District Council.
Derry's Mayor, Brian Tierney, paid tribute to the Nobel Laureate and former leader of the SDLP who died on Monday aged 83.
“I have so many memories of John Hume and the enduring role he played in Irish politics over the years,” said the Mayor.
“It’s impossible to appreciate the full extent of John’s role in shaping the place we live in today.
“As a young man John fought against discrimination and injustice in his role at the forefront of the Civil Rights movement, lending a strong voice to the nationalist population.
“A natural leader, his charisma, his intellect and his great sense of optimism and faith fuelled his vocation to bring about a better future for those in greatest need.
“It’s fitting that John Hume was awarded three of the greatest accolades in the international campaign for Peace – the Martin Luther King Award, the Ghandi Peace Award and the Nobel Prize for Peace.
"He absolutely reviled the use of physical force, and was undaunted in his criticism of those who used it, advocating for peace through some of the most awful tragedies of the Troubles, despite the risk to his own life.
“His philosophy was always that politics was the alternative to war and he upheld that belief throughout his life."