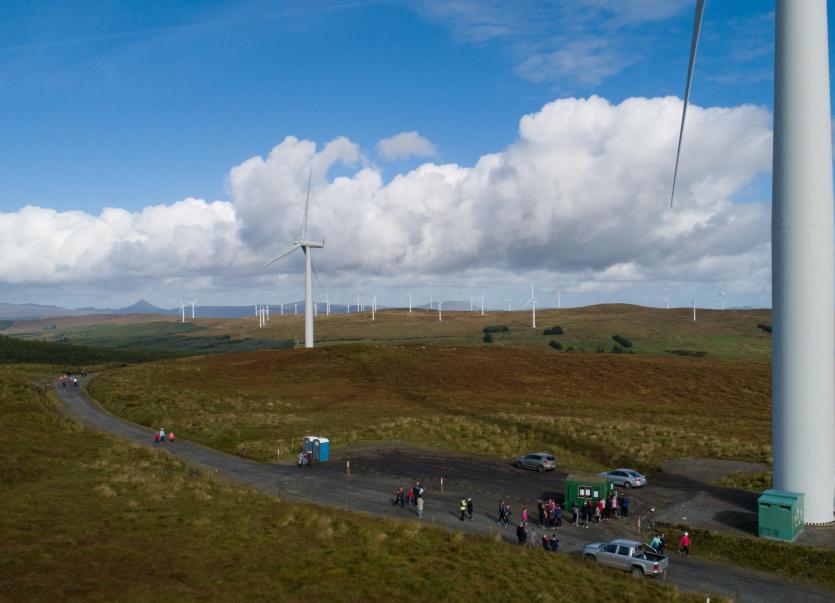 Plans for a new wind farm which will be located close to Letterkenny, have received the green light for development and construction work is set to get underway next year.

The proposed Lenalea Wind Farm is in a rural upland setting of central Donegal, approximately 8km south west of Letterkenny within the townlands of Cark, Killymansy, Lenalea, Kirkneedy and Rareagh.

The development, which will comprise seven turbines with a maximum tip height of 135m, is expected to enter construction in 2021 ahead of delivery in 2022/23.

SSE Renewables owns and operates a number of wind farm sites adjacent to Lenalea, collectively known as Meentycat, with a total generation capacity of 86MW.

The provisional results of the first round of Ireland’s new Renewable Electricity Support Scheme (RESS-1), published yesterday  are subject to Irish Government approval with the final results due in September.

Lenalea is one of 19 onshore wind projects in Ireland which have won contracts for an average of 15 years of new renewable energy generation under RESS-1.

When complete it will have an installed capacity of 30.5MW and will generate enough low carbon renewable energy to power 20,000 homes annually and offset 24,500 tonnes of carbon per annum, contributing significantly to Ireland's 2030 renewable energy targets.

The provisional contract win means Lenalea will now receive guaranteed revenue for the low carbon electricity it generates for the duration of the RESS contract.

“We are delighted that the Lenalea wind farm project has been provisionally successful in this auction round and that it has secured a route to market which will enable the onshore project to contribute to Ireland's 2030 renewable energy targets.

“Working with our joint venture partners at Coillte Renewable Energy we will continue to progress the project with a view to commencing construction in 2021. Delivery of this latest wind farm development in Ireland further advances the strategic objective of SSE Renewables to drive the transition to a zero-carbon future through the world class development, construction and operation of renewable energy assets.”