Dumping in west Donegal becomes an issue, once again 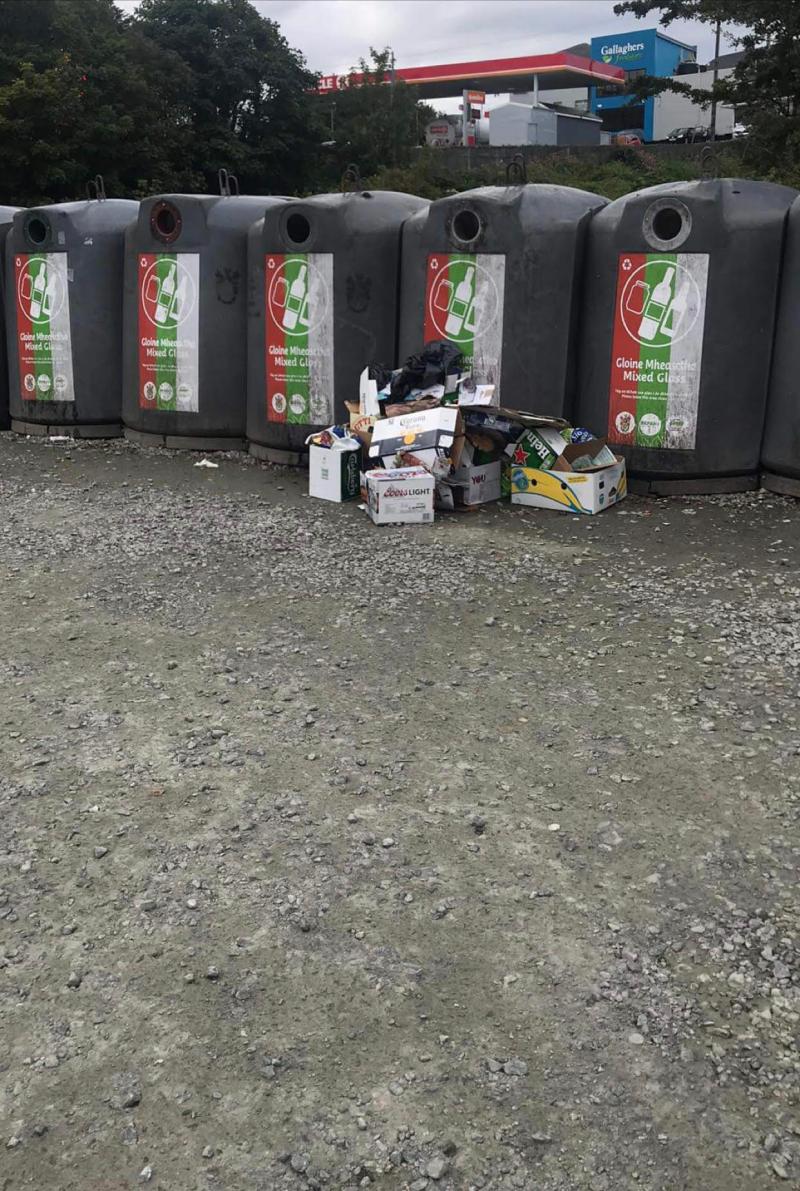 Many people were appalled as they visited the recycling facility in Derrybeg yesterday, Sunday.

A pile of cardboard boxes lay outside one of the bins.

It was also apparent that someone had piled rubbish into black plastic bags and left the bags standing near the clothes banks.

The area in question is said to be covered by a surveillance camera.

People have been fined for leaving rubbish in this location before.

It is reported that a similar situation arose in Annagry.

Speaking on Highland, he said, he hoped the person who dumped rubbish at the recycling bank would be identified and fined.