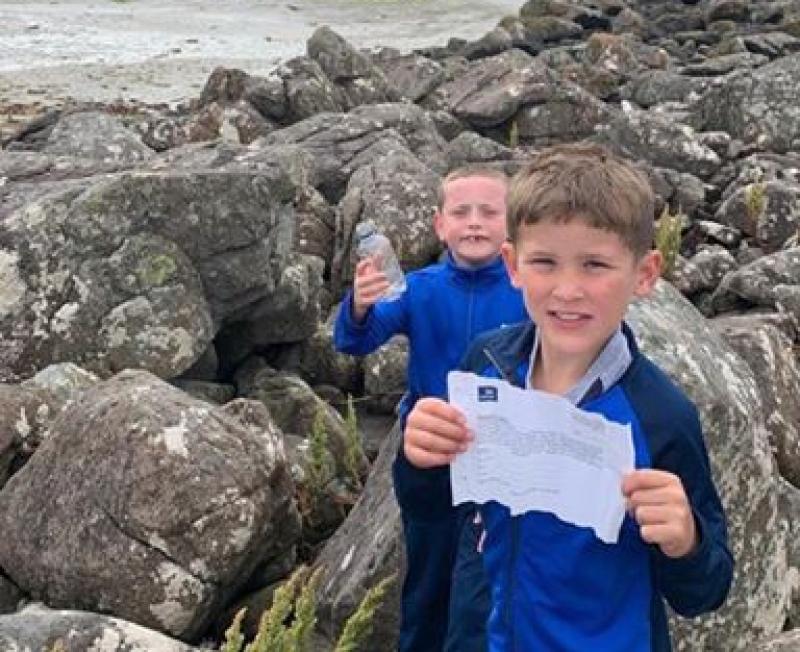 A message in a bottle cast out to sea off Arranmore island in February 2011 was discovered by cousins Charlie Daye and William Knight at Ardnamurchan Point, Lochaber in Scotland last month.

The bottle was part of a fundraising venture organised by the local RNLI crew.

After buying a soft drink participants were invited to put their names back in the container, return it to the crew where former coxswain, Anton Kavanagh, flung them into the sea 10-mile from the island.

One turned up two years ago when a young girl from Norway let the crew know of her discovery.

The bottle on that occasion belonged to local girl, Aileen Proctor, whose father brother and uncles were all members of the lifeboat crew.

This latest find has generated great interest as the name of the bottle owner has yet to be established but according to local RNLI press officer, Nora Flanagan, it's only a matter of time.

"We're waiting to hear back from the boys but we're delighted they found the bottle. There's great excitement on the island as to who owned the bottle. We hope to have news shortly,” she said.

You could say the discovery was a great 'Knight and Daye' for all concerned!