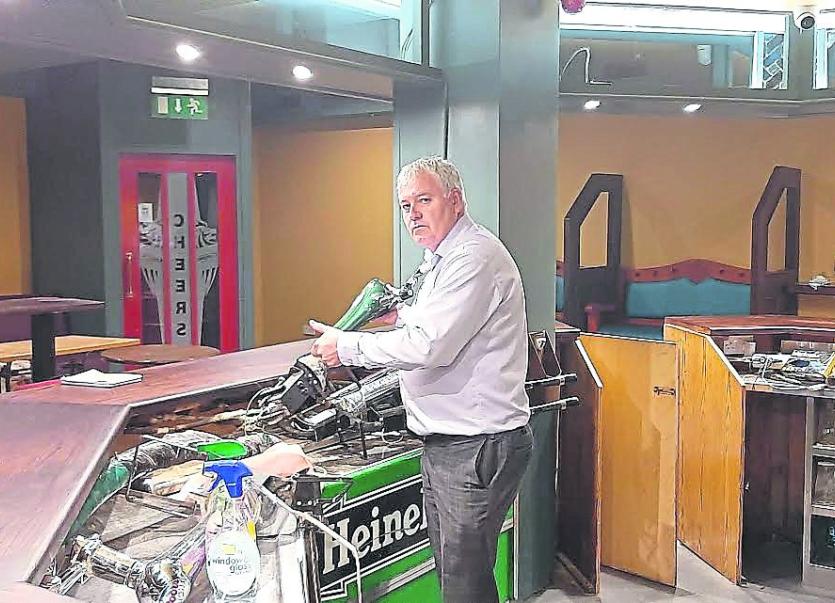 Donegal publicans who are almost six months closed due to the Covid-19 lockdown feel angry and abandoned and warn that unless a rescue package is put in place, they might never open again.
Some have also suggested a realistic reopening date would be around St Patrick’s Day 2021.
That was the stark warning from over 50 of them following a county Vintners Federation of Ireland (VFI) meeting in the Clanree Hotel in Letterkenny on Tuesday afternoon.
They also heard social distancing issues exist in some pubs in Donegal and that Environmental Health Officers (EHOs) had told their HSE bosses they will not inspect premises during Covid-19 because of safety concerns.
Pub owners were able to direct concerns they had for the future of their industry at TDs Joe McHugh, Thomas Pringle and and Pádraig Mac Lochalinn as well as Senator Eileen Ní Fhloinn who took part in the gathering via zoom from Dublin.
Missing for various reasons were Minister of State Charlie McConalogue, Pearse Doherty TD and Senator Niall Blaney.
Cllr Martin Harley and Cllr Ciaran Brogan addressed the meeting as councillors and publicans about the issues on the ground. They explained that bills for things like heating, insurance, water rates and electricity still had to be paid.
“One publican said he had a bill of over €5,000 for heating because he operated out of an older building yet he had no income coming in. There was a lot of anger at the meeting at not being allowed to open and particularly at the difference being made between pubs that did or did not serve food,” Cllr Harley said.
“Many were angry at this term 'wet pub' They had never heard of it before and stressed there was no difference between those in either category. Our licenses are all the same.”
Cllr Harley said members left the meeting not feeling too optimistic about their chances of opening on either Monday week, August 31 or indeed any time after unless some sort of rescue package was put in place.
“We have lost this season. Towns like Clonmany, Ballyshannon, Letterkenny, Ballybofey, Donegal town, Bundoran, Dungloe among others have lost major events that would have been vital to carry them through leaner times between September and next February.
“There’s no point opening now. We need a package that allows us to stay closed until the week leading up to St Patrick’s Day next year,” he said.
“ I know there’s supposed to be an announcement about reopening but realistically we’re not optimistic,” he said.

Social distancing
He also admitted social distancing issues are also a problem in Donegal and he knows of premises that do not adhere to the guidelines.
He also asked where were the HSE’s environmental health officers who are supposed to deal with these issues.
“I've been told by very good sources that these officers have told their bosses that they will not be going out due to safety fears during Covid-19. What does that tell you?” he added.