"We are looking now at broken promises" 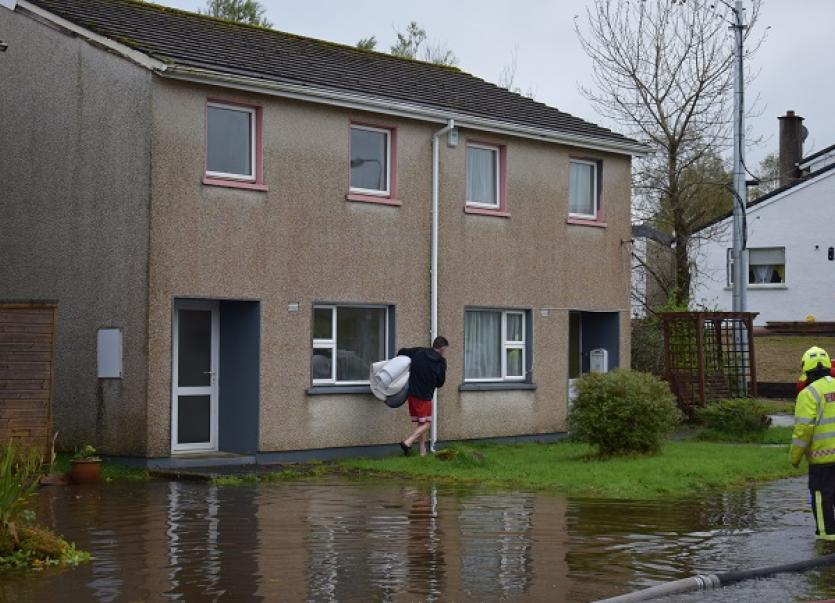 Major work that would lead to an end to flooding of homes and businesses in Donegal Town has not been granted funding.

Local  Cllr Noel Jordan (SF) said: “I am shocked and disappointed that we are not included in this first tranch of CFRAM (Catchment Flood Risk Assessment and Management) funding.

“We met with the former Minister Boxer Moran in Lifford last year and he said  our project was uniquely important because we get flooding from three sources - rainfall, river and tide. We are looking now at broken promises.”

The councillor has asked the OPW to reconsider their funding allocation to include €6 million for the River Eske /Donegal Town project.

“They have said that they will go back and look at it,” said Cllr Jordan. “I will be pushing very hard for them to do so, especially after all the work that has been done in preparing the project.  I will never forget as long as I live visiting homes that had been repeatedly flooded at Clareden Drive and seeing children's toys floating around.”

The flooding of homes and businesses in Donegal Town in recent years has been well documented.

As council staff do their best to alleviate the problems at Castle Street, New Row and Clareden Drive, money is needed for a large scale, long-term solution. And that is exactly what was promised by the previous government - funding for a €6m project that would see works carried out along the River Eske to ensure that water from the river clashing with that of high tides and storm surges would not lead to flooding.

Cllr Noel Jordan (SF) sits on Donegal County Council's Environment Strategic Policy Committee (SPC). He has learned that neither Donegal Town nor Killybegs are included in this round of funding, despite high quality submissions being made and previous assurances relating to the urgent nature of the work.

“I am very disappointed,” said Cllr Jordan. “Donegal Town faces a unique flood threat with the combination of rainfall, tides and the river Eske bursting its banks.

“We have seen devastating floods in people's homes in recent years - Storm Abigail in 2015, Storm Desmond in 2016 and Storm Lorenzo in 2019.

“Minister Boxer Moran came to Donegal and spoke to councillors in Lifford, promising his support. We now have a new government in place and the promises have not been followed through.

“People have seen their homes flooded again and again. We received €410,000 for emergency works and these are ongoing, but a much bigger solution is needed.”

Cllr Jordan said he appreciated that the projects that had been allocated funding were also important.

“But the situation in Donegal Town and in Killybegs is urgent,” he said.

“I have asked the OPW to reconsider their decision and I have stressed the urgency of the situation.

“I am calling on them now to give us the funding to carry out the work so people do not have to keep going through having their homes flooded again and again.

“These storms are getting worse every year. We need a proper solution or this    will end up affecting Donegal Town centre too.”

The councillor believes the €6m funding would be an investment in the long run.

“It is better to spend the money now and do the job properly than to be having to fix bits here and there every time there is a flood,” he said.

“It will also help investment to the town if developers are confident that they can build near the river.