Ambitious companies or individuals looking to join the vibrant digital community in the Donegal Gaeltacht are eagerly awaiting the next phase of expansion at gteic@Gaoth Dobhair.

The opening the digital hub in Gaoth Dobhair is due shortly and once operational this state-of-the-art centre will contain approximately 300 workspaces in total.

In a world where issues such as climate change, congestion, more balanced regional economic growth and development, and quality of life are becoming increasingly important and topical, the contribution that remote working will make to addressing these problems is very significant.

The transformation of this facility which was formerly home to two radiator manufacturing companies for a period of over 25 years to a digital hub and services centre certainly bodes well for a forward-looking Údarás na Gaeltachta.

The conversion began in 2010 and is now known as Áislann Ghaoth Dobhair. The building contains a library, gallery and creche facilities as well as the gteic@Gaoth Dobhair digital hub, which occupies levels one and two of the building.

Údarás na Gaeltachta committed to developing a network of digital hubs to be known as gteic Gréasán Digiteach na Gaeltachta throughout the Gaeltacht areas of Ireland as part of the organisation’s strategic plan 2108-2020.

There are 15 gteic hubs currently operating throughout the Gaeltachta areas of Ireland with gteic@Gaoth Dobhair being the largest.

This includes satellite offices of multinational IT and healthcare companies and a range of successful local businesses and start-ups.

In fact gteic@Gaoth Dobhair was over 80% full in mid-2018 and it became apparent that an expansion would be required to satisfy future demand.

Late in 2018 Údarás na Gaeltachta secured funding of €1.5 million from the Regional Rural Development Fund to develop level two of gteic@Gaoth Dobhair in a €2 million total investment. Work on the development began in mid-2019 and will conclude in quarter three of 2020. 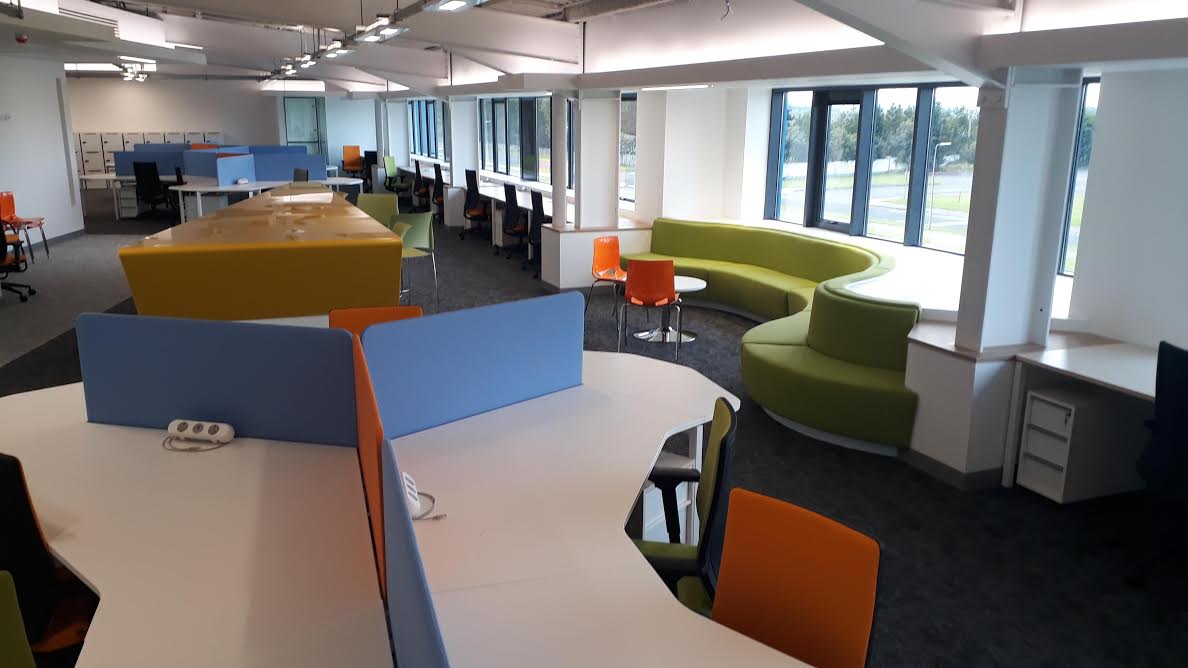 Remote working has always had a strong presence in gteic@Gaoth Dobhair with remote workers carrying out their duties for employers in locations such as Connecticut, Arizona, Norway, Dublin, Meath and Galway.

The expanded gteic@Gaoth Dobhair will contain:

If you are interested in having a conversation about what gteic@Gaoth Dobhair has to offer, please call (087) 2313504 or e-mail m.oduibhir@udaras.ie