Tonight gives you the first glimpse of things to come 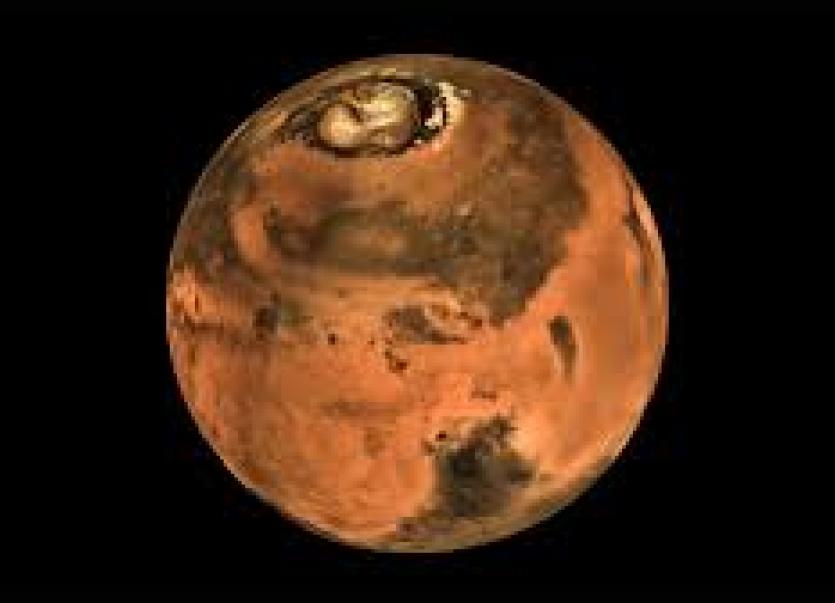 The planet Mars is coming exceptionally close to the Earth in the coming weeks and tonight gives you the first glimpse of things to come.

"It is already outshining all the stars in the sky and will continue to do so for the next two months" said David Moore, editor of Astronomy Ireland magazine

"It is very unusual for Mars to be this bright and even more unusual for it to pass very close to the Moon while it is at its most spectacular, so, Astronomy Ireland is urging every Irish person to go outdoors at 10pm on this (Saturday) evening and watch the Moon rise in the east with the planet Mars blazing just to its left. It will be an incredible sight to the naked eye!" Mr Moore said.

If you stay up late you can see the Moon slowly edge closer to Mars as the pair get higher in the sky.

And if you stay up until 6am, just before sunrise, on Sunday morning Mars will be just on the top edge of the Moon - something that will not be seen again for over two years in Irish skies.

"In fact, as well as watching at 10pm on Saturday night, we urge everyone to set their alarm for 6am on Sunday morning for the 'main event' when Mars (now at its brightest in two years) is extremely close to the top edge of the Moon.

"Most people will have never seen anything like it, and it is a spectacular of nature not to be missed! Get the whole family up, especially as the weather forecast for that morning looks promising," said Mr Moore.

If you miss this event there will be another chance to see something similar in December 2022 but that is over two years from now.

Astronomy Ireland wants to hear from Donegal people who see this event for a report that will be published in its magazine and archived in the National Library of Ireland for all time.

Astronomy Ireland is a non-profit group for members of the public interested in space. It is the world's most popular astronomy society. It runs events (lectures, exhibitions, trips worldwide, viewing with telescopes and more) and publishes Astronomy Ireland magazine monthly.