How can the arts plan in this uncertainty? 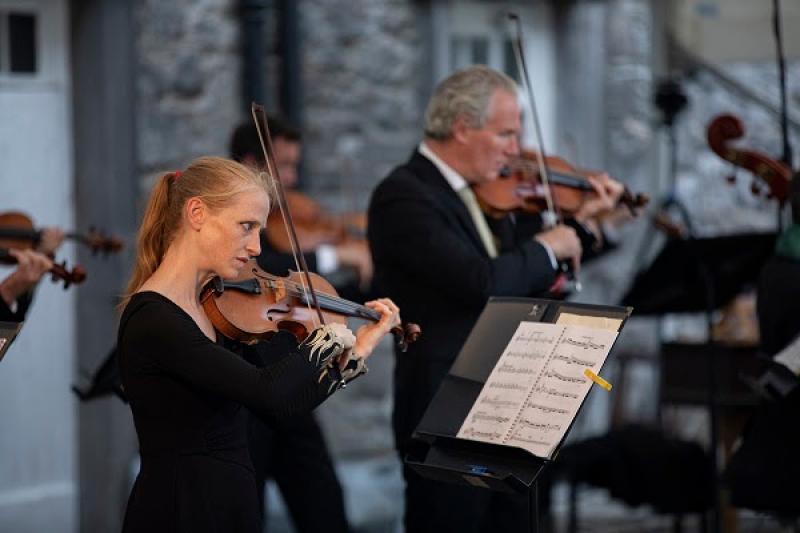 The new Covid restrictions regarding indoor and outdoor gatherings have caused even more disruption in music and the arts, just as we thought things might be improving.

Is it possible to have confidence about organising an event in this environment, and if not, what needs to be done.

‘There’s no confusion about the fundamental issue here,’ said Taoiseach Micheál Martin in an interview with RTÉ news at the end of August, after a series of new Covid restrictions had been announced. The reaction on social media among the music and arts community, however, told a different story.

The new restrictions meant that gatherings were limited to six people indoors and fifteen people outdoors (down from fifty and two hundred respectively!).

After an understandable panic among those working in arts and events – whose only work for months was yet again in doubt or cancelled altogether – it was announced that cultural venues such as museums, cinemas, galleries and theatres could host up to fifty people indoors.

Outdoor events remained limited to fifteen people. The fact, however, that music venues were not mentioned still leaves confusion: Can they open if they are also a theatre space? Is theatre used as an all-encompassing term here? It remains unclear.

The Department of the Taoiseach yesterday (2 September) published an update on the situation, but it tells us nothing new.

The guidelines still state that ‘museums, cinemas, theatres, and art galleries are deemed to be controlled environments’, leaving music venues out.

On Monday, Catherine Martin, the Minister for Media, Tourism, Arts, Culture, Sport and the Gaeltacht, met with the Minister for Health, the Acting Chief Medical Officer and representatives from the National Campaign for the Arts (NCFA) and the Arts Council to discuss the sector

Allowing music venues to reopen but without the sale of alcohol had been suggested, which also carries huge barriers – how will overheads be covered without bar sales?

Will musicians receive a smaller fee? Will concert-goers be willing to pay higher ticket prices? The problem here is not that audiences need alcohol to enjoy live music, but that many venues rely on bar sales to keep afloat.

The statement after the meeting on Monday said that ‘the two Ministers, Departments, NCFA and the Arts Council will continue to strengthen engagement, with a view to minimising impact on the arts sector as new Government measures are introduced.’

The Minister has also announced that a dedicated taskforce for the sector will be established over the next week. The situation remains a little vague, though they are supposed to meet again very soon.

This is all seemingly positive, hopeful even, a move towards progressive government support. However, confidence has been affected: how can the arts plan ahead if a lack of understanding of the sector leads to Covid guidelines being swiftly changed again?

We can understand the unpredictable nature of this pandemic, but we also need informed decisions.

The new restrictions instantly affected many events that had already been rescheduled and reimagined over weeks and months to work in a socially distanced environment.

Dublin Fringe Festival had to cancel all outdoor events in their programme, and Kirkos Ensemble’s Biosphere, which was meant to be a series of free outdoor events, is now fully online for audiences, which completely changes the experience.

In the week previous, Kilkenny Arts Festival hosted several outdoor events including Irish Chamber Orchestra’s first post-pandemic concert, which would have been affected too had it taken place just days later.

Then there are the events involving artists from abroad. Musicians and artists residing in countries not on the green list (France and Germany, for example) will have to quarantine for 14 days before they can perform or interact with anyone here. But this is the same for everyone, right?

Not quite. Pianist Niall Kinsella pointed out on Twitter that some professional level athletes travel without the need for periods of quarantine. So why can rugby players, who play a high-contact sport, travel for work, when musicians in an orchestra, solo performers or actors, also at a professional level, can not do the same?

This illustrates the lack of consideration for the music and arts sector, and that should make us uneasy. The lack of clarity and the confused back-and-forth communication from the government on this latest announcement of Covid restrictions show that the arts have come into this as an afterthought.

When shops and restaurants started reopening, concert halls, theatres and music venues remained closed. Musicians pivoted to performing from their bedrooms, while church gatherings and small weddings were given the go ahead.

Has it come to the point where organising a concert or show now has the potential to be detrimental to your livelihood? From working in events, I have seen first-hand the enormous impact having to cancel an event can have on people’s futures, both artists and those who organise events.

So how can they risk it, not knowing if the government will quickly change the guidelines without taking the industry into consideration? My point is not that we should lose hope, but to pragmatically ask how the sector can plan ahead in order to survive.

At the end of August, it was announced that the National Concert Hall was granted €143,000 by Minister Catherine Martin to invest in video infrastructure and equipment. Shouldn’t other venues and promoters receive this kind of support?

Live streaming is here to stay, as it seems it may be the only sure way that concerts can be futureproofed. But what else does the sector need in order to plan, and will the taskforce be able to answer that question?

Digital events such as Other Voice’s Courage series and Lankum’s A National Disgrace have shown that when artists and creatives have to pivot, they do it brilliantly. Kirkos Ensemble illustrated this too when they adapted their Biosphere events, and Galway theatre company Fíbín recently produced Fiach, a socially distanced, drive-in show based around a car chase, in which actors and audience members were all in cars!

When thrown obstacles and challenges, artists and producers respond with remarkable creativity and resilience. During the lockdown, it seemed that there was real widespread recognition of this, but then the arts became an afterthought again.

Short memories? It seems so. We can only hope that the message gets through this time.

Shannon McNamee is assistant editor of the Journal of Music.

This article was first published in the Journal of Music
https://journalofmusic.com/focus/how-can-arts-plan-uncertainty