Donegal's farmers reminded to return their Census of Agriculture forms

Deadline for the response is September 17 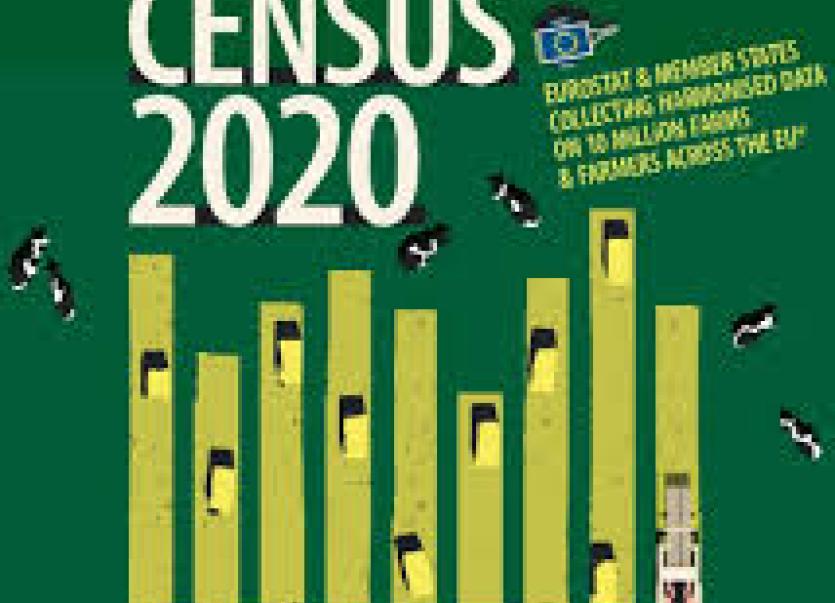 Census forms should be returned by September 17

Donegal's farmers reminded to return their Census of Agriculture forms

The Central Statistics Office (CSO) is collecting them this month.

This information, which was first gathered in Ireland in 1847 and since collected every 10 years, was initially due to be collected in June but this was postponed as a result of Covid-19.

Almost 140,000 farms received the Census of Agriculture questionnaire by post in the first week of September.

In order to make it easier for people, the number of pages in the questionnaire has been reduced from eight pages to four.

Under the Statistics Act 1993, the information provided by farmers to the CSO will be strictly confidential and will only be used for statistical purposes.

Speaking about the Census of Agriculture, CSO statistician, Cathal Doherty, said farmers are required by law to answer the census.

"We are asking farmers to complete and return the four-page form by Thursday, September 17.

"The Census of Agriculture was first collected in Ireland in 1847 and is collected every ten years, to provide benchmark statistics on the number of farms in Ireland and the structure in terms of farm enterprise.

"This information will be of great value to the farming community and it forms part of an EU-wide programme of farm censuses being conducted this year.

For every farm, your participation in the Census of Agriculture matters. Your response to the census is confidential and will be used only for statistical purposes," he said.

Questions in the farm census are organised into three sections:

The census pack that farmers will receive will contain a four-page questionnaire, an information leaflet and a freepost return envelope.

Precautions were taken during assembly of all materials to protect against Covid-19: the pack was printed and assembled in a controlled environment using automated processes with limited human contact.’

The CSO would like to thank all farmers in advance for their expected and continued engagement with the Census of Agriculture and other CSO Agriculture surveys.