Persecuting farmers who have TB is not the answer say IFA 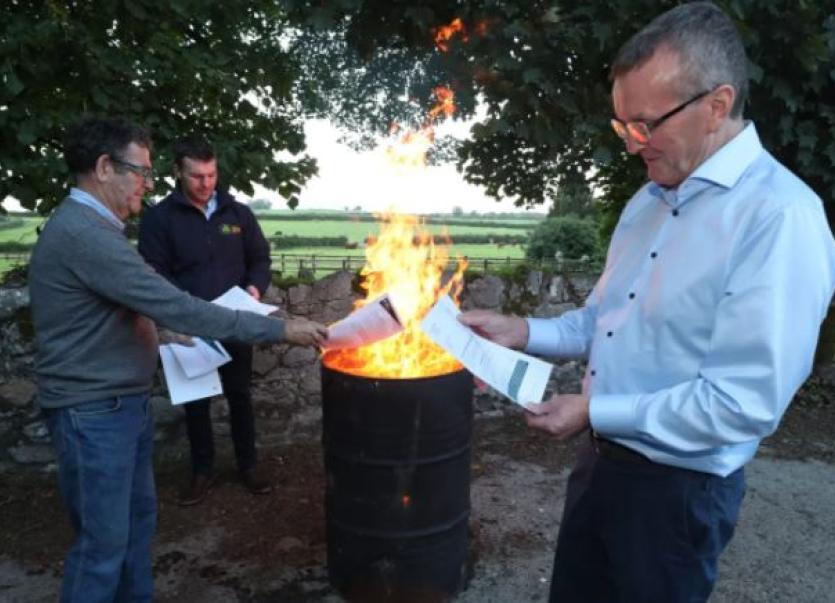 IFA President Tim Cullinan has said the Minister for Agriculture Charlie McConalogue, has to begin an immediate overhaul of the TB Forum, which, he claimed, has failed farmers.

“The TB herd risk letters, persecuting farmers who have already suffered losses due to TB, must be withdrawn,” he said.

“These letters are a typically bureaucratic response by the Department, seeking to avoid addressing the real issues and keeping the TB industry going.

“In addition, the decision by the Department to include the current status of other farmers’ herds that the farmer previously purchased animals from is a clear breach of data protection.

"IFA has lodged a formal complaint with the Data Protection Commissioner,” he said.

Mr Cullinan was speaking at the escalation of IFA’s campaign to highlight the failure of the department to meaningfully address problems with the TB eradication scheme.

He was on the farm of Animal Health chairman, Pat Farrell in Athy, Co Kildare where the department letters were burned. https://www.youtube.com/watchv=7Y708DVVDLs&amp;feature=youtu.be

The IFA Animal Health chairman Pat Farrell said this move by the department, along with statements that have been included in the letters raise very serious issues for these farmers who, through no fault of their own, have had TB cases.

"It could have implications for selling cattle and calves from their farms. These farmers have already suffered enough without black listing them,” he said.

Mr Farrell pointed out that the TB programme is now at a critical juncture and ongoing farmer support is under threat unless the Department of Agriculture starts showing respect to farmers and recognising the impact their decisions have on the livelihoods of farm families.

"Irish farmers contribute €35m directly to the TB programme every year and a further €20m in labour. In comparison the TB programmes in Northern Ireland, England, Scotland and Wales are fully funded by their national exchequer and the EU, with farmers in these countries only asked to provide their labour."

He added the IFA have made detailed proposals to the Department of Agriculture to eradicate TB from the national herd.

"These include an effective wildlife control programme; thorough on farm investigation to identify the source of the outbreak; remove all disease from the herd; and fair
financial support for farmers while farms are under department controls.

"These are the measures that are needed to eradicate TB, not letters that blacklist farmers for an issue that is outside their control," he said.