One of Donegal's most popular annual publications is now available 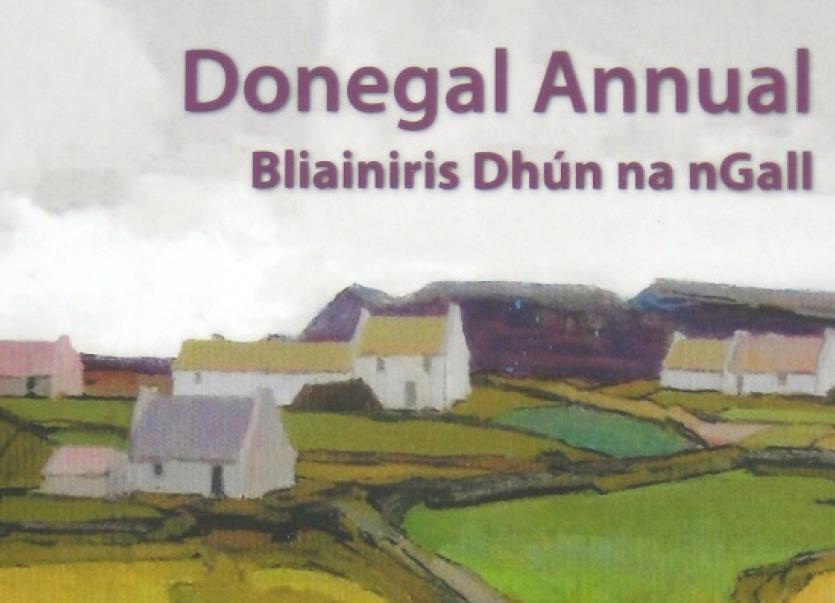 You might think that an Annual devoted to Donegal's history that has been printed without fail by the Donegal Historical Society since 1947 would by this time have covered everything, that the historical well would now be dry.

Not so. The current Annual has risen to the challenge with 19 articles. What follows is a random dip into some of them.
Derek Fleming, an accomplished church organist, examines the history of pipe organs in the county's churches, 32 in total. The 2 oldest, a decade ahead of all the others, are in Ballyshannon, St. Patrick's (1856) and St. Anne's, Kilbarron (1858). Derek has information about them all, including their builders.
Staying in Ballyshannon, Anthony Begley features 2 local philanthropists - William Stephens who endowed the Convent of Mercy and Dr. Simon Sheil who endowed the Sheil Hospital.
Foyle College, in the Maiden City, and its Donegal connections is the focus of an article by Dr. Robert Montgomery and Seán McMahon. Sadly, Seán died not long after the article was sent to the printers.
Crossing the Atlantic, Des Doherty has an intriguing article entitled, "From Malin to Wisconsin - the friar's curse." The subject is an epic poem published in Milwaukee which chronicles the history and folklore of Inishowen by a native son, Michael Quigley. All aspects of human life are in the poem, widely quoted by Des. 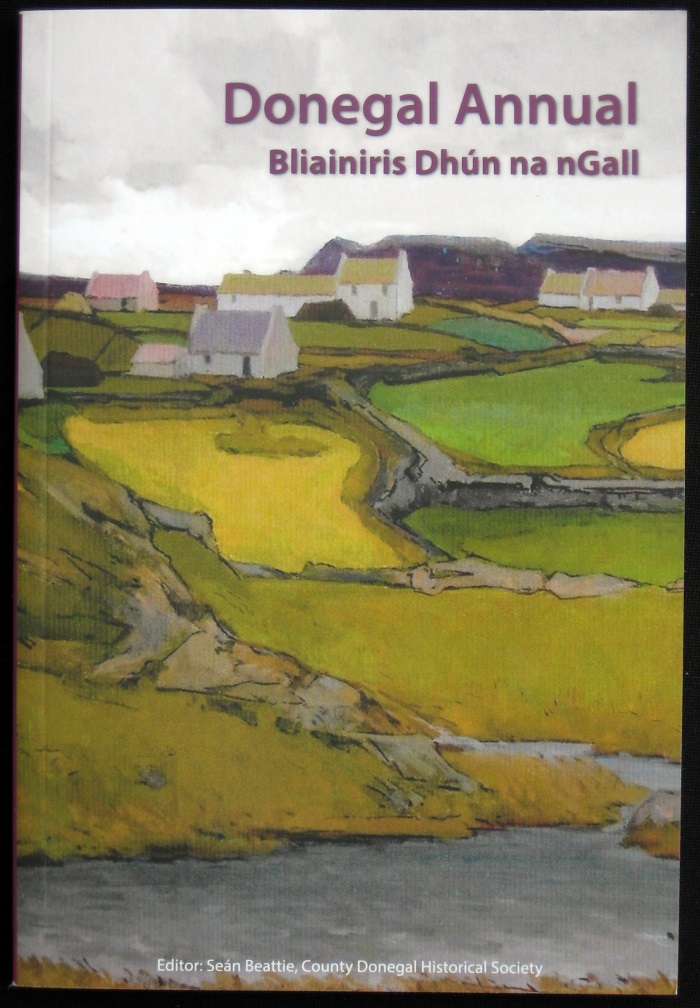 *The Donegal Historical Society Annual has been published since 1947

The origins of the Uí Dochartaighs of Inishowen are examined by Brian Lacey. Brian's concluding sentence reads, "From 1350 until the time of the Plantation, Inishowen was Uí Dochartaigh country."
The popularity of TV programmes where celebrities seek out their family tree has created a huge interest in genealogy. Tomás G. Ó Canann has done a lot of research on "Gaelic surnames and settlement patterns in SW Donegal." He has detailed information on 30 clans.

Edward Rowland examines "The changing fortunes of the Protestant community in N. Donegal (1860 - 1926) from an Occupations perspective."
Individuals form the basis of some of the articles. Dr. Angela Byrne publicises the achievements of Kate McCarry, Letterkenny's first woman urban councillor (1925). Katelyn Hanna writes about Rev. Edward Glacken(1806 -1896) in "Famine relief in Glenties." Dr. William Roulston features Andrew Elder of Castlefinn (1821 - 1886), the campaigner for land reform. Seán Beattie, the editor of the Annual, describes the work of William J. Doherty of Buncrana (1834 - 1898), engineer, antiquarian and politician. Richard Doherty has delved into military history in his feature, "Donegal and the Victoria Cross."
Helen Meehan, who has contributed to the Annual for over 25 years, features Patrick Sarsfield Cassidy from Dunkineely (1852 - 1903).

While staying for a time with his uncle at Gartan he witnessed the Glenveagh evictions and wrote about them.
For over 100 years, Convoy woollen mills was a huge success story. They used to take a full-page advertisement in our 1950's Annuals  (photo above). Belinda Mahaffy has done extensive research into its history.  The mill closed its doors in 1987 and Belinda explains why this happened. 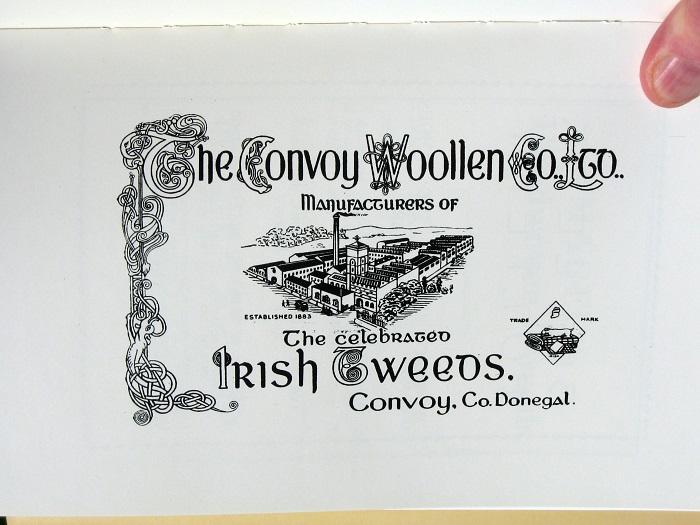 Proof that the Vikings were familiar with many parts of our county is the subject of Darren McGettigan's intriguing article, "The Viking impact on the Inishowen peninsula". Here's a sentence to whet the appetite. "A Viking-Age silver hoard discovered near Raphoe in 1903 has been associated by archaeologists with the Viking invasion of Inishowen in 921."  Plenty more as well, "the Scandinavians on the Foyle must be responsible for the large number of Viking-Age silver hoards discovered on the Inishowen peninsula."
The painting on the cover is "Farmlands, Donegal" by Hans Iten (1874 -1930), from the Ulster Museum collection.
The Annual also has book reviews and a comprehensive Donegal bibliography for 2019/2020 by Rory Gallagher,  Executive Librarian, Donegal Co. Council.
All paid-up members will now have received their Annual in the post. Those wishing to join or purchase a copy should contact the Hon. Secretary, Una McGarrigle, Parkhill, Ballyshannon.  E mail unamcgarrigle@hotmail.com.

This very readable Annual maintains the high standards we have come to expect from Seán Beattie and his editorial team. Next year's Annual will be, as Seán says, " a special Columban issue to mark the 1,500th anniversary of the birth of St. Colmcille. Members are invited to submit articles on Columban themes."