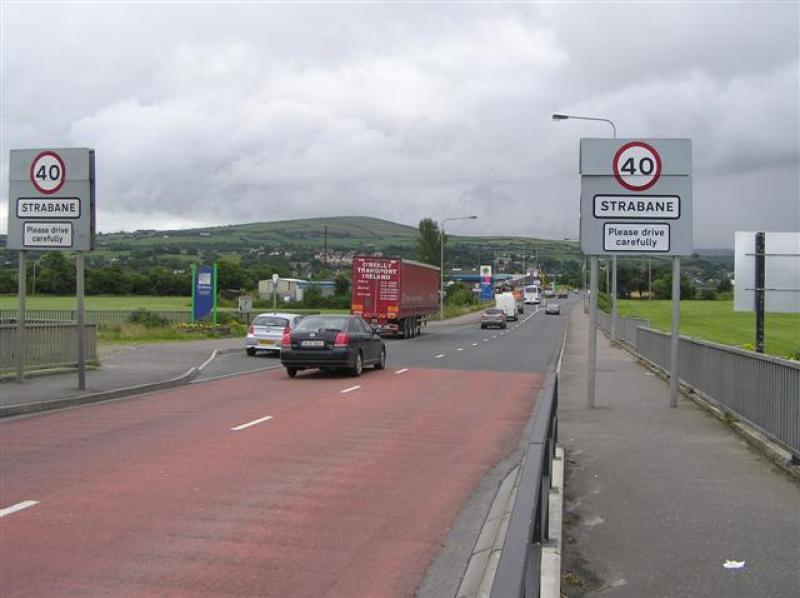 In what was probably one of the last cross-border crimes before Covid-19 lockdown restrictions came into force, two men pulled off a daring robbery by stealing a digger from a yard in Strabane before heading off in the Lifford direction.

The Police Service of Northern Ireland (PSNI) has issued an appeal for information following the theft of this digger from the yard in the Newton Place area of Strabane last Wednesday, September 23.

"Sometime between 6.30pm and 7pm it was reported that entry had been gained to a yard and an orange/dark red Hitachi 135 digger stolen," a spokesperson said.

"It’s believed that two male suspects used a red Massey Ferguson tractor and a red low loader to remove the digger before travelling along Railway Street and then onto Lifford Bridge in the direction of Lifford.

"Enquiries are continuing and we would appeal to anyone who witnessed anything suspicious in the area at the time of the incident or any suspicious vehicles travelling along the direction of travel mentioned, to contact police on 101 quoting reference number 416 24/09/20.

"You can also submit a report online using our non-emergency reporting form via http://www.psni.police.uk/makeareport/.

"Alternatively, information can be passed through to the independent charity Crimestoppers on 0800 555 111 which is 100 per cent anonymous and gives people the power to speak up and stop crime."