Rare native oyster in Lough Swilly is under threat 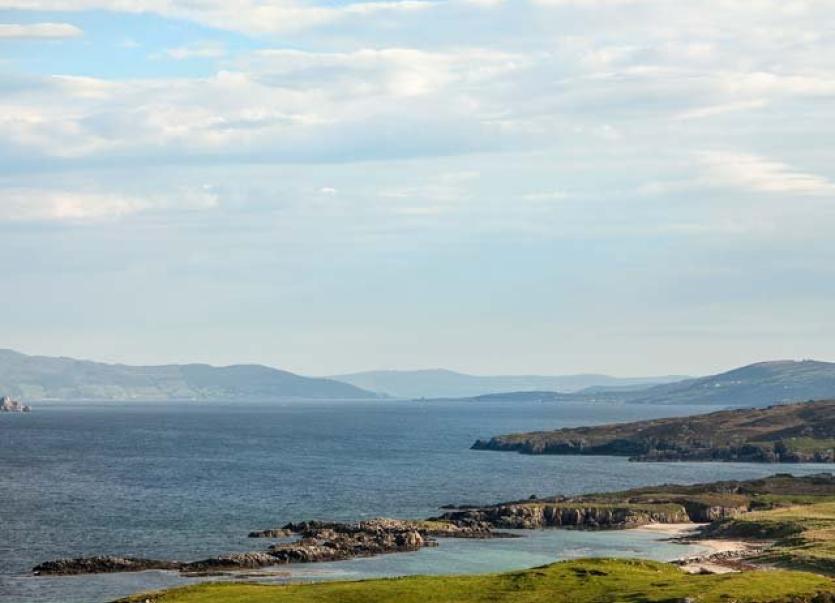 The now rare native oyster in Lough Swilly is threatened by the spread of the invasive Pacific oyster which escaped from oyster farms in the area, it has been claimed.

The Irish Wildlife Trust, (IWT), has released a report which highlights Ireland’s failure to manage and successfully protect the inshore network of marine protected areas (MPAs) and they point to Lough Swilly as one of them.

Collating evidence from surveys conducted by the National Parks and Wildlife Service (NPWS), the report shows the deterioration that has taken place in areas that are protected under European and national law.

The report highlights four example case studies (from Roaringwater Bay, Kenmare Bay, Blacksod Bay and Lough Swilly - all Special Areas of Conservation (SACs)) which show that serious deterioration, and in some cases outright destruction, of protected habitats has taken place.

This report further highlights the systemic issues prevalent in our existing MPA network which need to be addressed as a matter of urgency.

The IWT has sent the report to representatives of the European Commission as it clearly shows a deterioration in status of protected habitats, in contravention of European law. See the report here report link

"Special Areas of Conservation, designated under the Habitats Directive, are supposed to be safe havens for a host of marine animals and plants.

"In direct breach of this Directive, Ireland has allowed the destruction of incredibly rare reefs and significant declines in carbon-sequestering seagrass meadows inside these SACs.

"In Lough Swilly, the now rare native oyster is threatened by the spread of the invasive Pacific oyster which escaped from oyster farms in the area.

"Many other estuaries and bays around the Irish coast are facing similar threats in addition to existing pressures from agriculture and sewage pollution and climate change.

"This mismanagement of Irish resources impacts both land and sea. Nearly half of all habitats surveyed by the NPWS in recent years have declined in status with 85% now in an inadequate condition," said a spokesman for the IWT.

The spokesman added that according to the Habitats Directive, any significant pressures on a protected site must be removed in order for habitats and species to reach ‘Favourable Conservation Status’.

"This has not been achieved for most Irish SACs, which is among the reasons why the EU Commission referred Ireland to the European Court of Justice in July 2020.

Regina Classen, IWT project officer says that solutions to this environmental crisis are at hand.

"What’s lacking is the political will to do something about it. We know what’s needed. The Irish government needs to put processes in place that allow stakeholders, including environmental NGOs, to assist government agencies with the development of site-specific conservation management plans that are promptly implemented and strictly enforced.

"These plans will need to ensure no human activity can harm protected habitats or species inside MPAs. The focus now must be on restoration, and in some cases no-take zones are needed to ensure full protection.”

While it is the role of the National Parks and Wildlife Service to conserve and restore the natural environment and develop these management plans, the Irish Wildlife Trust has repeatedly lamented the insufficient resourcing of this essential agency.

The programme for government commits to protecting 30% of Ireland’s seas in line with scientific advice and the EU's Biodiversity Strategy.

However, currently only a meagre 2.4% of Irish waters are nominally protected.

Regina Classen says that “our report shows that even this tiny area affords no practical protection against destructive human activities.”

“We need to work together to achieve a level of human activity that is in agreement with the carrying capacity of our coastal waters.

"It’s important that we find a balance that allows us to live in harmony with the ocean - not just in MPAs, but everywhere.

"This is necessary to allow our seas to fulfil crucial functions such as carbon storage, water filtration and food production. Ultimately, it is the job (and a legal requirement under the Habitats Directive) of the Irish Government to provide the adequate resources and expertise needed to make marine protected areas work in Ireland,” she said.