Chapel Street to Somerville - an excellent offering from the Carndonagh musician 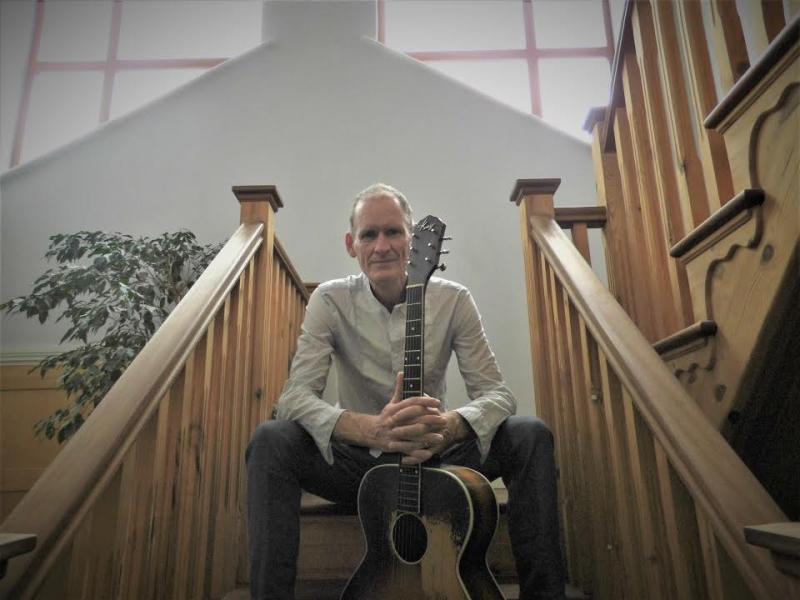 Carndonagh singer-songwriter, Finbarr Doherty, has just released a new CD, Chapel Street to Somerville, a collection of 21 songs conceived and recorded in both Ireland and the USA.

Spanning 25 years, it has journeyed, from four-track to hard drives, across the Atlantic and back. It was recorded in bedrooms, backrooms, box rooms and lofts - from hot humid Boston summers to damp winter nights in Donegal.

The album was recorded in Boston and Carndonagh, with a number of musicians including Campbell Owens (Aztec Camera, Lloyd Cole) on bass, and with Liam Bradley on drums - he has played with Van Morrison and Ronan Keating. Also on the album are drummers Gary Raymond and Boston- based Julie Polvinen.

Finbarr’s earliest memories were spent listening to his dad’s old vinyl records of Al Jolson, Louis Armstrong and Bing Crosby as well as all the Broadway Musicals and Westerns of that era.

Teenage years were spent forming bands with friends and trying to figure out the chords of songs while also commandeering his parents’ front room to set up a makeshift recording studio with an old four-track ‘Teac’ cassette recording studio.

The late 80s saw Finbarr performing with 33rd Hurricane - an Inishowen band whose single Shotgun Blast received regular national airplay on radio and TV.
In the 90s, Finbarr spent seven years living in Boston, working and playing the Coffee Houses and bars around the Massachusetts and New York areas.

His songs appeared on a compilation album ‘One Night in Cambridge’ and he released an EP Garbage, Drama, Fantasy.
In 2001, Finbarr returned to Ireland and went on to release two solo albums, Skyscrapers and Across the Water.

The latter was inspired by the book The Last of the Name - the memories of Clonmany storyteller Charles McGlinchey. The album also was reinterpreted into a stage production.

The new album Chapel Street to Somerville is available now on CD and download at finbarrmusic.com. It can also be purchased in Doherty's (Fintan's) Carndonagh, and at Cool Discs in Derry.

The first single, Close Encounters is out now – you can watch it on YouTube or listen on Spotify
and the usual platforms.

Tap your feet and enjoy…