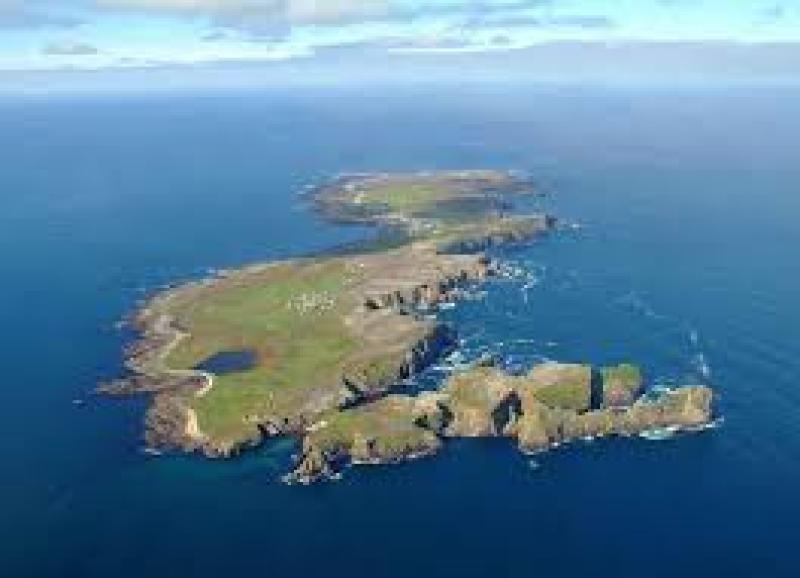 Donegal County Council has been urged to instigate investigations into illegal dumping of possible nuclear waste off the coast of Tory Island.

At yesterday’s council meeting which was held in the Aura Leisure Centre in Letterkenny, Cllr Michael McClafferty claimed the construction of two nuclear reactor units planned for Suffolk, England, reopened the question of the disposal of waste from such plants.

He claimed the dumping of barrels of material such as plutonium and uranium was alleged to have been happening off the coast here for years.

He asked that the council to write to all relevant government departments in regard these new reactors saying he believed these units will have serious health implications for us all.

Serious
“This is quite serious and the more I researched it I discovered they had a legacy of causing health, environmental and pollution problems in general,” he said.
“We cannot let this pass unchallenged.

“They are not safe and there have been leaks and explosions and areas contaminated.

“In the 1970s British people believed nuclear power would be cheaper than electricity but they are finding it has become three and a half times more expensive.

“At that time all Maggie Thatcher wanted to do was close the coal mines, she didn't think of the impact it would have on people today and I can see the same thing happening again, history is repeating itself,” he said.

Cllr McClafferty pointed out Ireland had also to be aware that it had experienced problems coming from the Sellafield plant over the years with leaks of hazardous waste which affected beaches and fishermen here.

“We as a council need to challenge this in every way - for our own future and for future generations. Britain is being classed as the dustbin for nuclear waste, I don't want to see Ireland becoming dustbin number two," he added.

He said like his council colleague, John Seamais O' Fearraigh, he had concerns about dumping off the Donegal coast near Tory Island.

“It’s time we got down there and started collecting samples to identify what was being dumped. Could it be nuclear waste such as plutonium or uranium in these barrels? I understand these barrels were dumped around the same time nuclear components were being used to make atom bombs.

“The public and society in general have a right to know and I'm calling on the councillors here today to get behind the call to have these barrels lifted off Tory once and for all and before any more of these nuclear plants are built in the UK.”

He added Ireland was badly placed if anything happened to any of these nuclear plants in the UK which had only a life expectancy of around 50 years when they had to be decommissioned when the aftercare of hazardous contaminated waste had to be dealt with.

“Look back at the effects caused by Chernobyl in the Eighties or the aftermath in Japan after the tsunami in 2011, we have to be careful going into the future,” he said.

His motion received unanimous support and it was agreed the council would write to the appropriate government departments expressing concern about the matter.