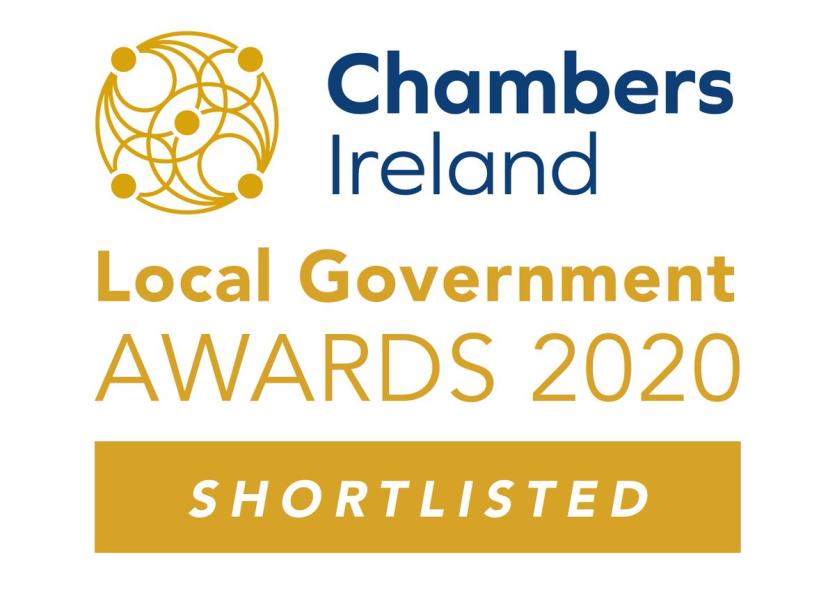 Donegal County Council has made it into four of the 16 sections of the shortlist for the Excellence in Local Government Awards 2020, which were announced today.

In its 17th year, the awards features a total of 86 projects from Local Authorities shortlisted in various categories.

These are held annually in conjunction with the Department of Housing, Local Government and Heritage.

Congratulating the Local Authorities shortlisted, Minister for Housing, Local Government and Heritage, Darragh O’Brien TD, stated the vital role played by local government in communities has been very much to the fore in the past year, especially as the country responded to the Covid-19 emergency.

"It is imperative that the effort, commitment, innovation and agility of local authorities and their staff continues to be acknowledged through these formal awards.

The projects that the local authorities have undertaken have helped maintain a sense of community, establish connections among our citizens and provide essential supports to the public at a crucial time.

"I wish to congratulate everyone for their hard work, commitment and resilience throughout the year, which is evident in all the applications submitted," he said.

He added he also wanted to acknowledge the efforts made by Chambers Ireland to continue with these prestigious and important awards in very different times.

"The number and high calibre of applications submitted by local authorities, along with the organisation of Chambers Ireland, is most impressive. While we are not able to celebrate the entries and winners this year as we might have done in previous years, I would nonetheless heartily congratulate everyone involved on their achievements,” he said.

Commenting on the announcement of the shortlist, Ian Talbot, chief executive of Chambers Ireland said with over 80 projects in the shortlist for this year’s Excellence in Local Government Awards, it was clear that the innovation and hard work of our Local Authorities has continued unabated across the country, despite the more challenging circumstances that we’re all facing.

"Even with the disruption endured by so many in 2020, Local Authorities continue to deliver, achieve more and strive for even greater things for their communities. It’s been inspiring to receive so many wide-ranging applicant projects for this year’s awards, which underline the efforts that people across our local communities have continued to put in despite living through such uncertain times for us all.

The Excellence in Local Government Award winners will be announced at the 17th annual ceremony on Thursday, November 26.

Donegal Co Council made the shortlist in the following categories.

The council did not make it into the Best Practice in Community Engagement; Health and Wellbeing; Local Authority Innovation; Sustainable Environment; Best Library Service;
Sustaining the Arts; Age Friendly Initiative; Festival of the Year; Outstanding initiative through the Municipal Districts; Enhancing the Urban Environment; Disability Services Provision or the Commemorations and Centenaries sections.