Livie's story has touched hearts across the country 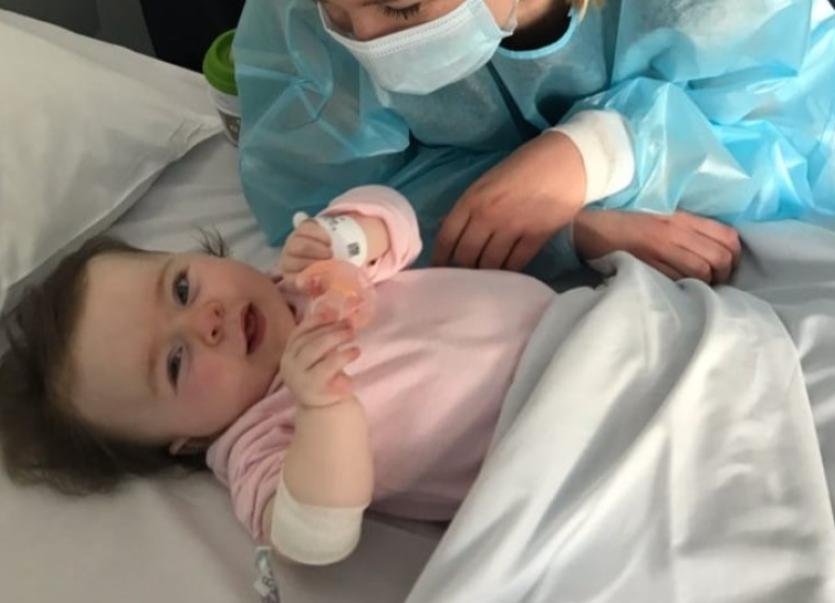 After a rollercoaster six months for the Mulhern family in Donegal town, little Livie has received the gene therapy treatment Zolgensma.

The family have thanked everyone who supported them by helping raise more than €2m.

They are particularly delighted that Livie was able to receive the life-changing treatment in Ireland.

It was back in April during the bleak days of lockdown that Livie’s parents Karen and Keith received  devastating news. Their precious baby girl had the life limiting condition Spinal Muscular Atrophy (SMA) Type 1.

This left Livie facing  an ever deteriorating condition with which most children did not survive past their second birthday.

There was a little chink of light at the end of the tunnel - a revolutionary gene therapy called Zolgensma. The difficulties were that it cost around €2m and was only available in the US.

How impossible that must have seemed at the time, and yet six months later, Livie has completed Zolgensma treatment without leaving the country.

A mammoth and relentless fundraising effort that started in Donegal town and spread all over Ireland ensured that the money was raised in time for Livie’s first birthday in August.

This was helped by another family’s generosity in the midst of their own misfortune. A similar campaign for a little boy called Dan Donoher who also suffered from SMA Type 1 had raised €3m in Laois. But sadly, Dan had contracted a virus which meant that he was no longer able to get the gene therapy. Little Dan’s family kindly donated €1m to Livie.

As the family celebrated reaching their fundraising goal in late August, they discovered that children had received Zolgensma in Ireland. But their hopes that their fragile baby girl would not have to travel to the US in the middle of a global pandemic were initially dashed. Despite their offers to pay for the drug, the HSE said Livie could not receive Zolgensma in Ireland.

Thankfully, an organisation called Children’s Health Ireland (CHI) reached out to the Mulherns and ensured that Livie received the treatment in Ireland. Zolgensma was administered to Livie in St James’ Hospital last week.

Her parents said: “We are incredibly grateful to the medical teams at CHI and St James’ for taking such good care of our baby girl. Livie is home now recovering; a little out of sorts but doing so well. We are so very proud of our brave little soldier.

“We only imagined this day in our dreams, and can not believe we are here after months of incredible effort and support from all you amazing #abetterlifeforlivie and #teamlivie followers, fundraisers and the incredible donation from the Donohers!

“We are just so, so, so grateful to everyone who has helped her get to this point. There really are no words to describe what this means to us and little Livie.

“You have made our dreams come true!”