They're going back by an hour at 2am tomorrow, Sunday, October 25 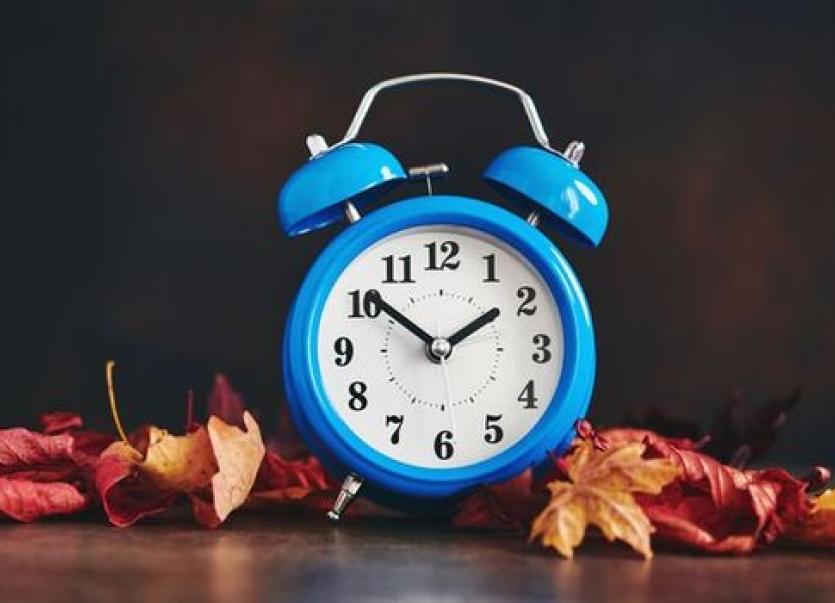 Don't forget ...your clock goes back one hour to welcome you into winter time.

They're going back by an hour at 2am tomorrow, Sunday, October 25 and this is sometimes considered the ‘good one’, as you’ll have one hour more in bed ...or as one smarty said to me tonight, another hour longer in lockdown!

The clocks go backwards every year on the last Sunday of October.
Clocks changing is to make the most of the daylight, in what's known as Daylight Savings Time.

Opinions are very mixed about the whole time thing.

Some people say that changing the clocks twice a year upsets the natural rhythm of sleep, which can lead to health problems, such as an increase in the possibility of having a stroke.

Also, the European Union commissioned a study in August 2018 that found 84% of people in countries which took part in daylight saving time would like it to discontinue, which has lead the EU to discuss the possibility of dropping the practice altogether.

This proposal has been backed by MEPs and could soon become part of EU law.

However, some say that if it was stopped, darker mornings in winter would be more unsafe, for example on the roads. Some industries such as agriculture also rely on there being lots of sunlight available for them to work in.

While there’s no clear answer just yet, one thing that we can agree on is that most of us will forget it’s coming so set those clocks before you go to bed tonight!