Delivery on its way to Lebanon 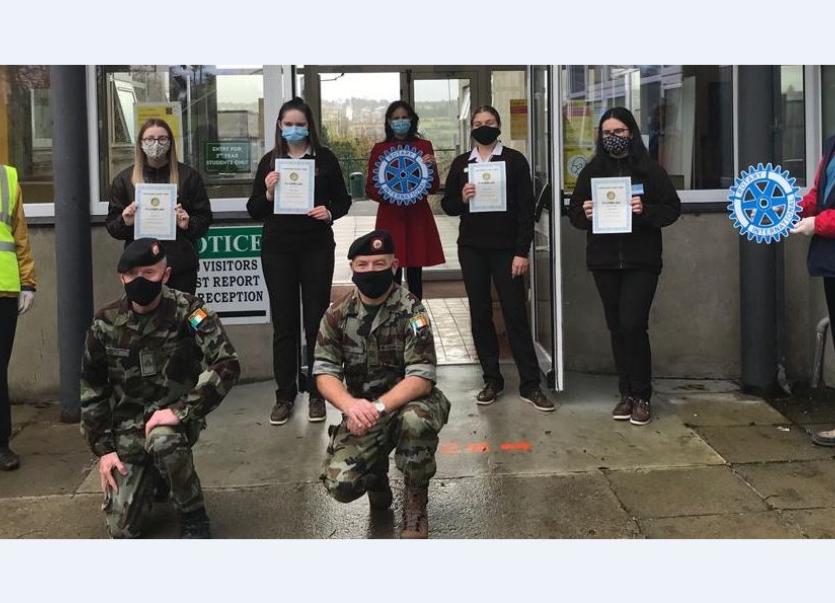 Rotary Clubs throughout Ireland have been busy over the past few weeks hastily collecting student literacy aids which will be sent out to Lebanon when members of the Irish Army based at Finner Camp deploy there to take up peacekeeping duties in the coming weeks.
Many will remember the devastation caused in Beirut in August when an explosing in the port area of the city, killed hundreds and injured thousands, leaving many buildings totally wiped out with hundreds of thousands displaced.
Medical aid was immediately provided by Rotary Clubs and other charitable bodies but the rebuilding and rehousing will take many years.
The Irish troops heading out to Lebanon will bring with them stationary and other literacy aid provided by Donegal schools, shops and many individuals around the county.

Reacted
Letterkenny Rotary Club immediately reacted on hearing of the Appeal and also asked for contributions from within the locality.
The response was overwhelming and thanks are extended to all who contributed so generously from throughout Fanad and Rosguil Penninsulas right through to Letterkenny.
In fact, four Transition Year pupils at the Loreto Secondary School (Alanna Cannon, Demi Crossan, Katie Gallagher and Agnieszka Sokol) organised their fellow classmates and teachers to contribute.
Yesterday, Sgt Terry O’Brien on behalf of the Army collected their contributions at the school.
Army personnel will also collect the large consignment gathered by the students and staff at Finn Valley College in Stranorlar, along with other boxes collected by Rotary Club volunteers in recent weeks.