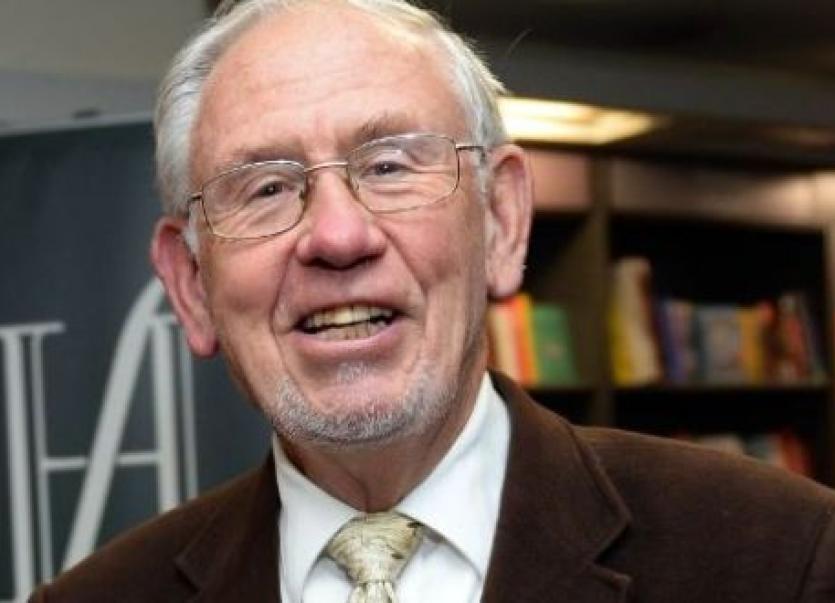 The challenge of retaining the best of the old while embracing what the future possibilities have to offer appears to be the message coming out of the 40th annual MacGill Summer School.

Despite testing times, the new digital format of this highly regarded forum worked well last week as a range of speakers offered a wide variety of opinions, advice and commentary on the topic that dominated this year's gathering, Covid-19.

This week he reflected on what was a hectic but ultimately satisfying programme.

“When I started thinking about the 40th MacGill towards the end of last year, little did I think, in common with everyone on the planet, that soon all would change-and utterly.

“Pondering on a possible theme for the school, I was determined that the MacGill School would not be a week of looking back over 40 years, but rather would, as it has done repeatedly over the past number of years, look to the future and a rapidly changing world over the next 40 years.”

He realised by March the decision had been made for them.
“There was only one subject that was going to dominate our thinking and our lives - the havoc being caused by a deadly virus that was fast becoming a household word - Covid-19.

“Working with Vince McCarthy who had agreed in December to come on board as assistant director, it became evident that no hard and fast decisions could be made in the short term as details of the frightening scenario in other parts of Europe, Italy and Spain in particular,  began to dominate the airwaves and then came our own first lockdown which would change our lives, possibly forever.

“Holding the MacGill Summer School on its usual dates in July became unthinkable and soon, in any case, impossible. He admitted a case was made by some friends to cancel MacGill altogether for this year but he was afraid that an event that doesn’t happen for whatever reason runs the risk of not coming back.

“And there was the fact that the MacGill School had a record of 40 unbroken years. Looking at the new Zoom culture, and Vincent was very au fait with the new ways of communicating the message, there were perhaps other alternatives. The rest is history”
.
He added the MacGill Summer School went ahead - albeit without their friends and supporters all assembled in the Highlands Hotel and in the surrounding hotels and B & Bs - many of them for the full week.

“In 2019, under the overall title: A Global Crisis—Can the Centre Hold? - we could not even have imagined that an even greater crisis was to engulf the planet and mankind - we had up to 60 contributors in Glenties to address our audiences.

“It was therefore with a mixture of sadness and pride that I sat in Glenties during this ‘new’ MacGill last week and watched our 30 speakers on screen converse with one another from their own offices or homes and in places as far apart as Dublin. Edinburgh, Geneva, Brussels, Florence, Carlow, Oxford, Limerick, Philadelphia and New York.

“We could well have had up to a thousand people watching, including Irish people, as far away as Sydney or Buenos Aires. It certainly was also with a certain amount of pride and satisfaction that MacGill had, from such humble beginnings, broken through into the new environment, albeit dictated by circumstances beyond our control.”

He pointed out what was now being done by MacGill, is being done on a daily basis, in offices and factories and institutions throughout the world.

“The days of invitees to MacGill telling us that they could not make it because of Donegal’s remoteness and the journey taking too much time out of their schedules are over.

“However, all of this said, there is nothing that can replace the warmth and satisfaction talking about the issues raised during the day over a coffee or a pint or listening to live music or to Seamus Heaney reciting from his work. Nor can a visit to Donegal in all its beauty and remoteness or visiting the places associated with Patrick MacGill be replaced by saving time at home or in the office.”

Mr Mulholland said looking forward, they now had to embrace a new way of doing things.

“The fact is that we’re in a new era and what MacGill now must do is to combine the old with the new using whatever resources it can muster to create a new style forum in which issues of the day - national and international - continue to be discussed and analysed with the full participation of its audiences.

“And, of course, whatever form it takes must benefit the community in which it is located.

“Hopefully by next July we will be in a better place and have freedom to return to Donegal and take full advantage of all the possibilities and choices that are now available to us as well as hold on to the best of what has been built up over 40 years including in this year - the year of the pandemic.”