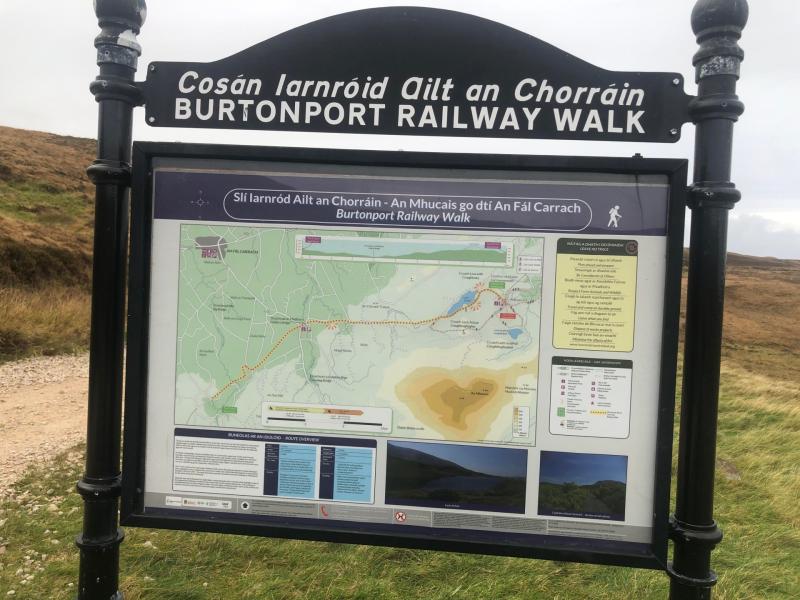 Work on the Muckish Railway Line Greenway costing in the region of €200,000 is due to begin this month, according to local independent councillor, Michael McClafferty.

He said this development will start at the foot of Muckish Mountain, Creeslough and travel in the Falcarragh direction for a distance of 2kms and also includes car parking facilities.

"The railway line is currently a very popular walking trail amount locals and visitors to the area and this enhancement to the track will increase its popularity. The works are due to commence mid-November, the appointed contractors are ACS Civils, Omagh," he said..

Cllr McClafferty added he would would like to thank Donegal County Council alongside public sector funding for the much-needed funding required for the project.

"Donegal County Councillors in the Glenties Municipal District have been fighting for this development for approximately 13 years and it is now greatly welcomed."

He pointed out that the overall aim is to link Letterkenny to Burtonport via the original railway line.

"Donegal is famous for its hiking and walking trails and this development will be yet another attraction to our region, north-west Donegal. Hopefully next year we will be in a position to further extend the works along the Railway Line," he said.