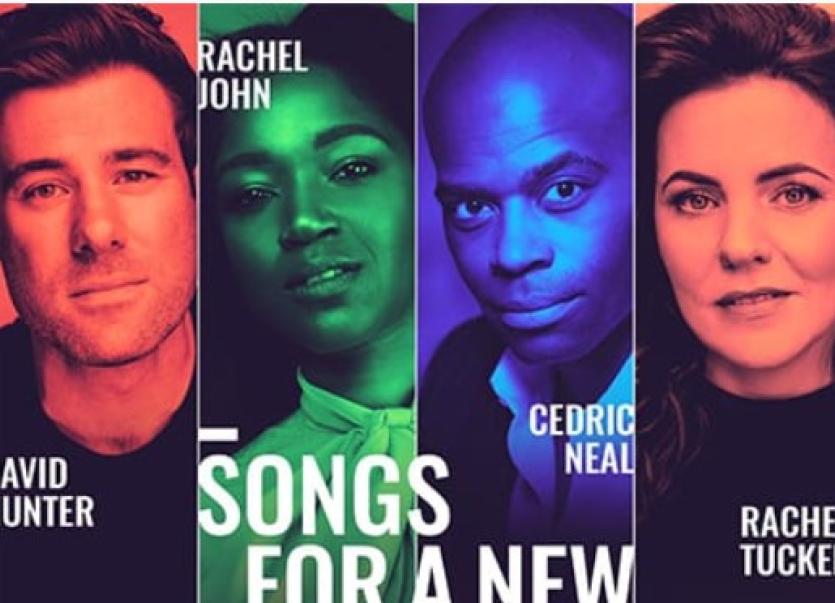 Following on from its success at the London Palladium, Songs For A New World directed by Donegal man Séimí Campbell is set to begin a five-week run in the West End.

The show moves to the Vaudeville Theatre and will be staged under strict Covid-19 guidelines in February and March 2021.

Mr Campbell said: "I am thrilled and incredibly grateful to be bringing our ‘Songs For A New World’ back to the West End in 2021 - almost a year since our theatres first closed their doors.

"It’s call for togetherness, unity and hope will be as strong as ever."

According to Nimax Theatres' which owns the Apollo and the Lyric as well as the Vaudeville, Songs For A New World is about 'one moment.'

"It’s about hitting the wall and having to make a choice… or take a stand… or turn around and go back. These are the stories and characters of today, the Songs for a New World. Starring David Hunter (Waitress), Rachel John (Hamilton), Cedric Neal (Motown The Musical) and Rachel Tucker (Come From Away), and Shem Omari James (Songs For a New World) this is the first musical from Tony Award winner, Jason Robert Brown (The Last Five Years, Parade, Bridges of Madison County).

"This moving collection of powerful songs examines life, love and the choices that we make.

"Songs For A New World transports audiences through time and space to meet a startling array of characters – every one of them so different, but all representing our world today and our hopes for a new world… a better world.

"Directed by the brilliant Séimí Campbell (Songs For A New World, The London Palladium), with music direction by Josh Winstone, musical supervision by Adam Hoskins, lighting design by Jack Knowles, design consultancy by Madeleine Girling and sound design by Jonny Dickie for Robins Audio, this beautiful song cycle will be brought to life by this incredible cast at the Vaudeville Theatre for a limited five-week run."

Songs For A New World runs in the Vaudeville Theatre from Friday, February 5 to Sunday, March 7, 2021. Show times are Tuesday to Sunday at 7.30pm, and Saturday and Sunday at 2.30pm.

The Vaudeville Theatre operates strictly under the government's Covid-19 guidelines. All bookings in a party must only be from the same household or the legally defined support bubble.