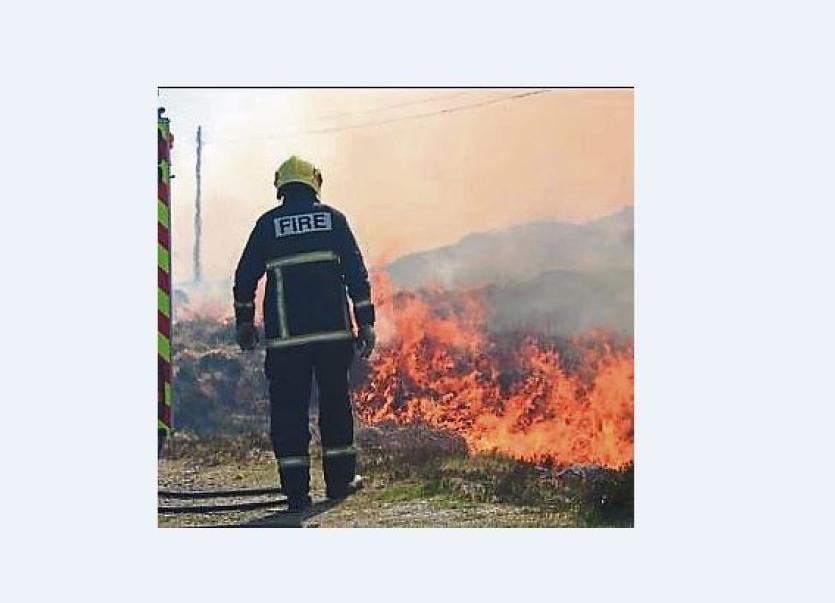 A Donegal pensioner who is charged with causing over €300,000 in criminal damage in connection with one of two gorse fires that raged through parts of the north west of Donegal at Easter 2019, has been returned for trial to the circuit court next year.

Garda Inspector Seamus McGonigle asked the court to return the pensioner for trial to the next sitting of Letterkenny Circuit Court on January 26.

Judge Paul Kelly granted the application and remanded the defendant on continuing bail until that date.

Defence solicitor Frank Dorrian said that in view of the alleged amount of damage caused, he was asking the court to certify for two counsel at the circuit court trial.

This request was granted.

The 72-year-old pensioner is charged with arson, damaging by fire property, to wit, the dwelling house of Ann Beggs, including the contents therein, and oil tank with a combined value of €220,000 belonging to another under Section 2 of the Criminal Damage Act on April 19 last year at Drumnacart, Annagry.

The defendant is also charged with arson and causing extensive damage to the value of €21,500 caused to the rear dwelling house of Eugene Morgan and oil tank destroyed under the same act on the same date at Drumnacart, Annagry.

He is also charged with arson with extensive damage to the rear of the dwelling house and garage of Stef Bullon to a combined value of €70,000 under the same act at Rannyhaul, Kincasslagh.

The defendant is also charged with arson by damaging a shed belonging to Nancy McLaughlin containing two vintage tractors under the same act and on the same date at Drumnacart, Annagary.

And he is also charged with arson by damaging by fire an oil tank belonging to Liam Cummins containing oil valued at €800 under the same act and on the same date at Drumnacart, Annagry.