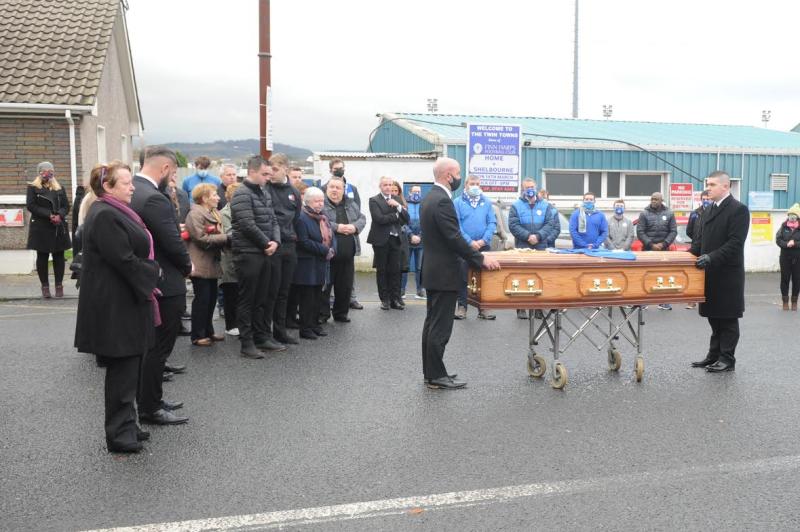 The Twin Towns of Ballybofey-Stranorlar came to a standstill this morning to mark the sad passing of the late John Foy.

John, affectionately known as Bob, enjoyed a colourful career embracing both GAA and Soccer in his hometown lining out for Ballybofey United, Chelsea Youths, Finn Harps and Sean MacCumhaills.

When his playing days ended he turned to another great love, photography, and was the lensman for the Donegal Peoples Press newspaper for many years. He also contributed to other publications including the Donegal Democrat and the Derry People-Donegal News.

John was also an avaid collector of books, antiques, memorabilia and records and enjoyed an encyclopedic knowledge of junior, intermediate and senior soccer in Donegal. What he didn't know in this regard wasn't worth knowing.

Over the years, like many of his vintage, he fulfilled every role within his beloved Ballybofey Utd club. He served the club diligently in the roles of player, chairman, secretary and PRO. He was looking forward to the club’s 50th anniversary in 2021 as well as the official opening of their new facilities at Dreenan. He was delighted to see the club finally secure their own ground.

The high esteem in which he was held manifest itself during his wake and today's Requiem Mass in the Church of Mary Immaculate, Stranorlar - all respectfully held under socially distancing guidelines.

It was followed by a poignant final trip to places of importance to John. After Mass the hearse made its way to Ballybofey stopping at MacCumhaill Park before his coffin being carried down Navenny Street to Finn Park to the sound of the club's anthem.

After halting there for a round of applause, the cortège then made its way to Ard McCarron and Cappry, places also close to his heart, before travelling on to Lakelands Crematorium, Cavan.