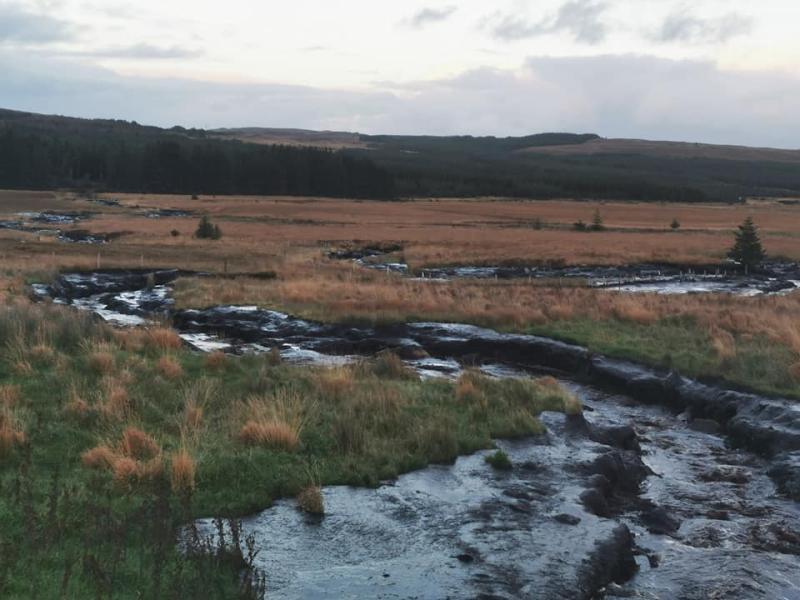 A section of the peat/bog slide outside Ballybofey

The developer of the controversial wind farm which is understood to be at the centre of the bog slide last Friday has agreed to halt work at the 19-turbine site at Meenbog outside Ballybofey.

In a statement this afternoon, Donegal County Council revealed that a cross-border multi-agency meeting was held yesterday (Monday) afternoon to co-ordinate the response to the significant pollution event that is impacting the Mourne Beg River resulting from a bog slide in the townland of Meenbog, Ballybofey.

"The location of the bog slide is within the site of a wind farm that is under construction. The wind farm developer has suspended all works at the site with the exception of those that relate to mitigating the impact of the bog slide and reducing the risk of further slides.

"The multi-agency group will reconvene on Thursday to review matters and further co-ordinate the response."

The council also revealed that in conjunction with the Roads Service in Northern Ireland, it has closed the Dergline Road/Corgary Road between the N15 and Castlederg/Aghyaran (L6554 – U163) as a precaution until further notice.