Serious concerns that indigenous fisheries are under 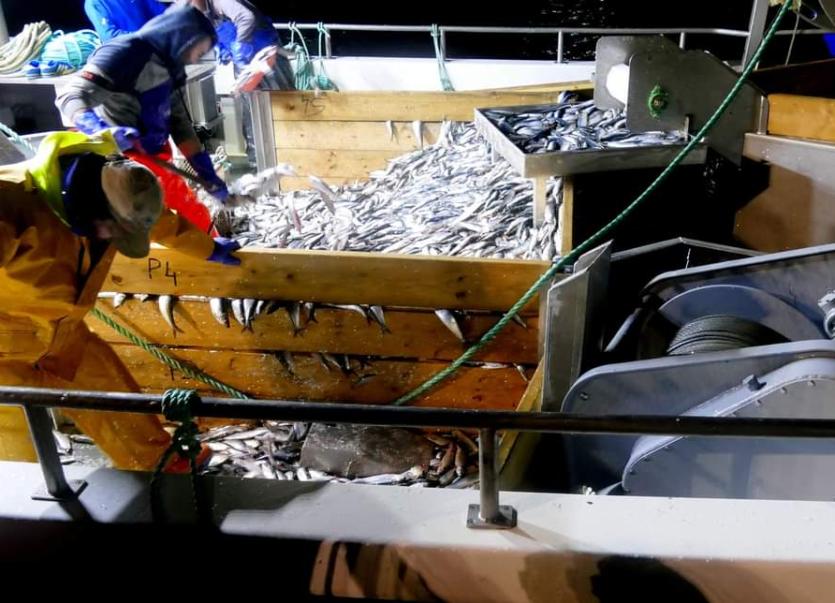 The depletion of Donegal's herring stock is the latest crisis being faced by the indigenous fishing communities, according to inshore fisherman, Liam O'Brien.

Speaking to Donegal Live, Mr O'Brien said there had been larger fishing vessels in Lough Swilly last week, ostensibly fishing for sprat but in reality “hoovering up herring” and damaging stocks in the process.

According to Liam O'Brien there was mounting anger in the fishing village of Greencastle about the behaviour of the larger vessels, some of which are believed to have landed some of their catches at Lisahally Port in Derry.

Liam O'Brien added: “Even within the pelagic sector [fish caught in open seas and oceans] there is a lot of annoyance about the fact that these vessels are 'getting away' with fishing herring in Lough Swilly.

“The fact is, there are no sprat in the Swilly but if a vessel has on a sprat net and it catches herring, it cannot discard it and the catch has to be taken ashore. I am currently fishing sprat out in the Lough Foyle. I have a sprat reel on because I can do what they do. However, I was asked to vacate the area by the Sea Fisheries Protection Authority (SFPA), accompanied by Loughs' Agency staff.

“The behaviour of larger vessels in Lough Swilly is the latest threat to Inishowen's indigenous fishing communities. It comes on the heels of the oyster fishery in Lough Foyle being closed after just six days, which has angered the oyster fishermen.

“The oyster in Lough Foyle was not sold last week because of its poor quality. There are better quality oysters coming from Belgium and different fisheries throughout Ireland and England. The fishermen are well aware of this but we feel the Lough Foyle oyster fishery has been brought to its knees. It is still juvenile stock. The oyster in the Swilly is a heavier and more mature oyster,” said Liam O'Brien.

The seasoned fisherman said there was a suspicion the larger vessels fishing herring with apparent impunity was part of an agenda to extend permits and licences to the traditional herring fishery.

Liam O'Brien said: “The smaller vessels, traditional herring boats are not a threat to the indigenous fishermen. The threat comes from the bigger vessels run by the cartels. Some of the 80,90, 100 foot boats are going into Derry at night and landing some of their catches. The larger vessels have been fishing of the West Donegal Coast and the Swilly and the fear is now, with the stocks in Lough Foyle being so good, these vessels will come into the Foyle. They will completely devastate the stocks.

“The good marine ecosystem in Inishowen is benefiting from the herring fishery. Mammal life is thriving. The overfishing by the larger vessels will decimate it,” said Liam O'Brien.

Pádraig Mac Lochlainn, the Sinn Féin spokesperson for Fisheries and the Marine said he was aware of the issue and the behaviour of the larger fishing vessels in Lough Swilly was “very disappointing”.

Mr Mac Lochlainn said: “A small minority of fishermen are taking advantage of the High Court ruling, which overturned the ban on larger vessels engaging in inshore fishing," he said.

“There was a ban on vessels over 18m fishing within six nautical miles of the coast, the six mile limit. That ban was in place to protect the fishery. However, in recent weeks, the ban was overturned in the High Court and, as a result, a very small number of boats and fishermen have come in and been engaged in reckless practices.

“A number of fisheries are under pressure, herring in particular is under serious pressure. In terms of the sprat fishery, there is no quota on sprat but sprat is a very important part of the ecosystem and it is very unfortunate there is not a quota.

“A lot of the guys who are fishing for sprat use it for fish meal for industrial process, but the sprat fishery is important to the wider fishery, so there is huge anger among inshore fleet, because the sustainability of the fishery is being put at risk.

“The problem is with those who would come in and clean out the sprat and herring fishery and the fishing communities in Inishowen have every right to be angry. The Government is saying it is going to appeal the High Court's overturning of the ban but that could take a considerable amount of time. So, I am appealing as the Sinn Féin Fisheries' spokesperson, to those fishermen who are engaged in this practice to stop it,” said Pádraig Mac Lochlainn.