Matter to be raised in the Dáil - Pearse Doherty 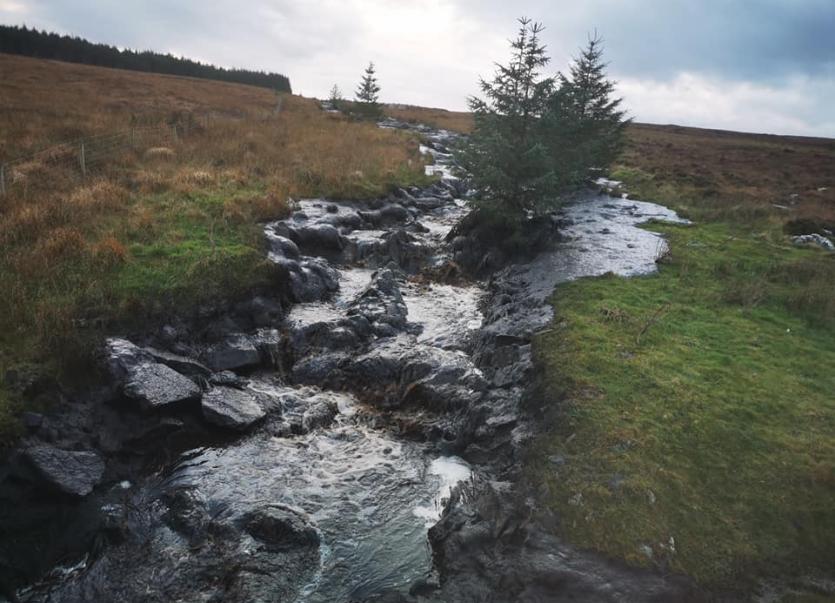 Some of the landslide debris from the peat slippage last Friday

Donegal Sinn Féin TD, Pearse Doherty, has said that it is beyond belief that local residents near the scene of the recent landslide in Donegal have been sent letters just days after the incident informing them of a second wind farm development near the site.

Deputy Doherty said that the letters showed utter contempt for the local people who are suffering as a result of this and that the sending of the letters was tone deaf at best, and cruel and heartless at worst.

He joined calls from other Sinn Féin representatives in Donegal and Tyrone in calling for a full investigation into the developments at the site of the recent landslide.

A Topical Issue has been lodged this week to the office of An Ceann Comhairle on the issue of the landslide which occurred near the Meenbog wind farm and which has caused substantial damage to the Mourne Beg river and fish farm.

Sinn Féin representatives from Co Donegal and Co Tyrone have visited the site over the weekend and throughout the week and have been raising the damage with Irish Water, NI Water, The Loughs' Agency and Donegal County Council.

“What has happened here has caused significant damage which is having a serious effect on people living in the community. Although we have been assured that the drinking water is safe for consumption, there are residents, farmers and fishermen who are rightly concerned in relation to the environmental impact of this landslide," said Deputy Doherty.

He added: “But the fact that these letters have now issued is beyond belief and is an appalling lack of judgment on the part of the developers. It’s as if they don’t understand the hurt and anger caused by this.”

“Sinn Féin has called for all works at the site of the windfarm to stop until a full investigation has been carried out and the full extent of the damage caused is known.

"My colleague, Cllr Gary Doherty made this proposal at a Donegal County Council meeting earlier this week and I welcome news that the works have now ceased.

“Sinn Féin formally objected to the original application for the development of the wind farm on this site and we will do so again if and when a new proposal is put forward for any further development.”

He added that in addition to this he had submitted a Topical Issue to the Ceann Comhairle seeking to have this issue raised and debated in the Dáil this week.

"There are answers needed in relation to what exactly happened, and the minister must also work with the relevant agencies to ensure that the appropriate steps are being taken in terms of mitigating the damage, containing the slide and also in relation to preventing further slides,” he said.