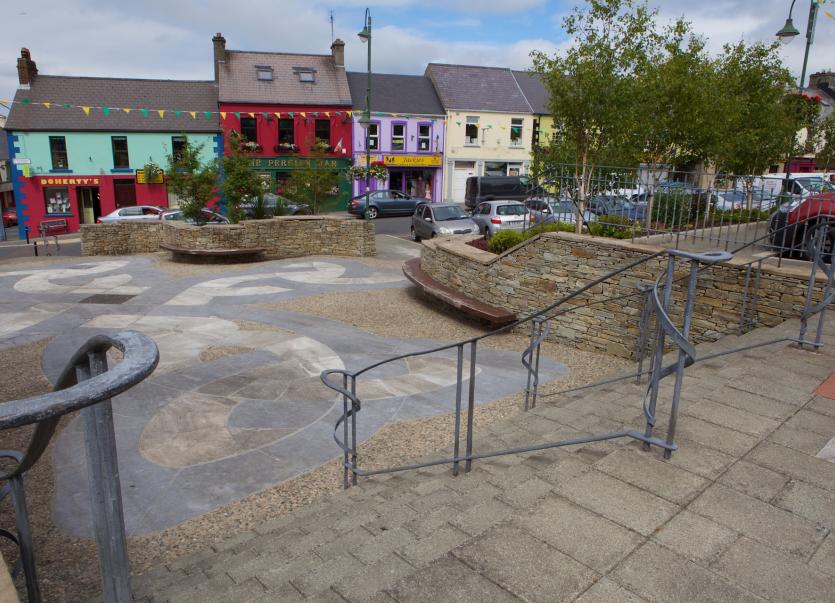 An ambitious plan for the regeneration of an Inishowen town centre has been passed unanimously at a Special Meeting of Donegal County Council.

The 'Carndonagh Town Centre Regeneration Project' received full council backing at the meeting, which was held in the Aura Leisure Centre on Monday past.

Cllr Doherty said: “The Carndonagh Town Centre Regeneration Project has been passed and will now progress for funding answering the Rural Regeneration Development call, for which all applications have to be received by December 1, 2020.

“Today marked the crossing of the Rubicon of all the excellent work delivered by the planning department, Paul Kelly and his staff and all of the consultation with the general public. A decision on Rural Regeneration funding will be known in the spring of 2021.

“The Carndonagh Town Centre Regeneration Project has the potential to change and assist all aspects of development, social and economic in the Carndonagh area. Of particular interest is the development at what will occur at what was McDonagh Brothers (Mary Reed's). This was a large building in the town centre, which will now be a new digital fabrication laboratory, co-working hub, and office space.

“New public amenities including toilets will also be provided, as well changing facilities for children or adults with disabilities. There will also be a new replacement car park at the Back Lane. The central component of the project is the re-development of vacant and derelict properties in the heart of the town,” said Cllr Doherty.

He added: “If successful, it would be a significant investment in the town centre. Carndonagh was the hub of Inishowen. Carndonagh is a market town still is the area where you have your financial institutions, a singularly large school, a very busy traders' association and a group that have been critical in this development, Spraoi agus Spórt.

“There is now an incentive for other people to consider investing in property they own. If the Carndonagh Town Centre Regeneration Project is successful in its bid for funding, it will bring significant foot fall and economic development to the town,” said Cllr Doherty.

Welcoming the adoption of the Carndonagh Town Centre Regeneration Project, Donegal Councillor Bernard McGuinness said: "The project had been on the Council agenda for a while but it was Carndonagh's turn this year for it. Paul Kelly and his team have done a very, very good job in Carndonagh and, when it is complete, that whole area of the town at McDonagh Brothers will be regenerated, which is badly needed. It will also be a catalyst for other development in the future."