2025 flood defences too late for Inishowen's Páirc An Grianán community 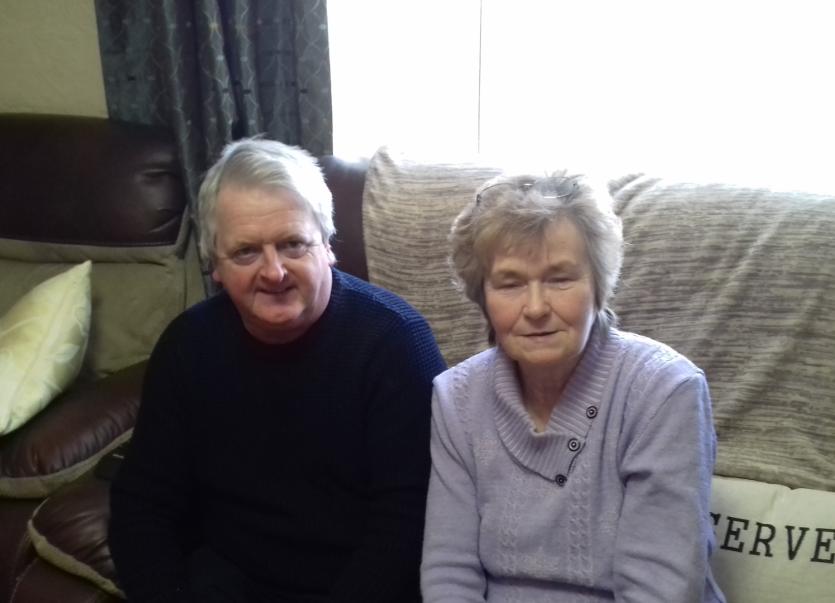 A former resident of Páirc An Grianán in Burnfoot, evacuated from her home as a result of the floods which devastated Inishowen in August 2017, told Inish Times she had “flood fatigue”.

The Burnfoot Flood Relief Scheme is being progressed by Donegal County Council in partnership with the Office of Public Works.

RPS Consulting Engineers have been appointed to design a flood relief scheme that is “technically, socially, environmentally and economically acceptable”.

The project is currently in Stage 1 “Scheme Analysis and Development”, which involves data collection / surveys, detailed river modelling, and early community engagement to inform the design and identify the preferred Scheme.

Kathleen Molloy and her Páirc An Grianán neighbours, who remain out of their homes to the present day, were at the forefront of the campaign to have protective flood defences built at Burnfoot. However, Kathleen is dismayed the projected date for the building of the Burnfoot Flood Relief Scheme is 2025, seven years after the catastrophic event.

She added: “When I looked at the proposed Scheme and all of the stages it had to go through and realised it would be 2025 before this bit of a wall would go up, I knew I would never be back in my home in Páirc An Grianán. Realistically speaking, I am not going to be starting over in a new home in my late 60s.

“This is all red tape, as far as I am concerned. There is absolutely no chance of us getting back into Páirc An Grianán before the flood defences are built. The wooden fence around the houses has been replaced. It was such poor quality it was falling apart and it has now been replaced with a galvanised, more durable fence. So the message is clear.

Myself and my former neighbours got annoyed and upset there for a while. There has been vandalism around our homes. A gate has been removed and a window broken. Donegal County Council told Pádraig Mac Lochlainn TD the damage had been caused by the wind.

“I have flood fatigue. I think we have just been abandoned. But I think and I thought from the very start, following a flooding incident in 2015, when the Council had to come and carry my nieces out of my home, when the chance came, our houses were pulled apart and left uninhabitable, so we could not get back into them. The houses in the next estate are every bit as near the river and they are living there. It feels like they were waiting on the opportunity to get rid of us. My former neighbours, who will have adult children in 2025, will never be back in Páirc An Grianán,” said Kathleen Molloy.

Declan said: “It is not really what we were looking for at all. We were looking for the flood defences alright, but the proposed Scheme, will not mean us being able to return to our home in Páirc An Grianán, that's further away then ever.

“It is beyond me why they have to go through so much rigamarole is beyond me. By contrast, there are three or four other private housing schemes in Burnfoot and the septic tanks are not working in one of them and the water has to be running somewhere. I think it would be far better to concentrate on rectifying that issue. Not one of the treatment plants is working right at all. They all have to be pumped out on a regular basis. There are no main sewers.

“In my response, I said that we were always of the belief that the real cause of the flooding was the fact a barrier was built alongside that river in the past. They allowed a bank to be built across the river from the houses, in order to avoid flooding a private development, a development that was never finished when the bottom fell out of the market.

“The bank runs away from the bridge to the house we lived in. Up to that, we had no problems. Then the Council built a bank on the other side and that left the river in the middle and it had to go somewhere,” said Declan.

Declan said he always had great hope the situation might have been resolved in a timely fashion and they would get back into their homes.

He added: “We have now lost heart in the whole thing, looking at a date like 2025. How were they able to fix Swan Park so quick? You would wonder do you matter at all?”