It's not a long way to Tipperary for Donegal Gaels 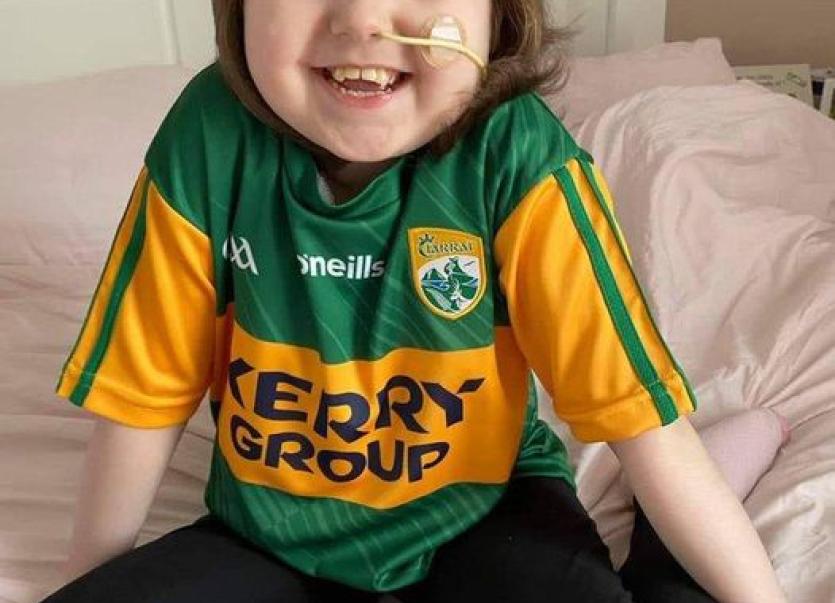 Bord Inis Eoghain, which oversees the peninsula's underage GAA competitions, has thrown its weight behind the attempt of a young Tipperary Gael to gather GAA jerseys from every county in Ireland and beyond.

Róisín Price has battled cancer for the past six years and Gerard Callaghan, who chairs Bord Inis Eoghain has asked Inishowen Gaels to help Róisín and send her a jersey.

Speaking to Donegal Live, Gerard said: “Róisín is nine years old and has battled cancer for the past nine years. She found out last week her cancer is back.

“Alongside her fight against cancer, she decided to set herself the mission of collecting GAA jerseys from every county in Ireland.

“If any Inishowen Gaels want to help Róisín with her mission, let Jess, who is a family friend, know and she will make sure Róisín gets every single one. Jess can be DM-ed on Twitter or email: jkelly@newstalk.com. Go raibh maith agaibh,” said Gerard.

If anyone wants to help Róisín and her family in her fight, a GoFundMe page 'Roisin's Relentless Fight', has been set up with over €14,000 already raised.

The page gives an insight into Róisín's story to date: “Róisín was born healthy and lively. From the moment she entered our world, she had a bright smile on her face and was always up to devilment. No one in her family could predict the struggles she would later face in life. At three years old, Róisín’s health declined rapidly. After constant visits to the doctor over a number of weeks with no signs of improvement, her worried mother had enough. Cora tucked a weak Róisín into her arms and went straight to Clonmel Hospital.

“That very day in February 2015, Róisín was diagnosed with Acute Lymphoblastic Leukemia (ALL). She immediately started chemotherapy and her life became a blur of constant visits to Clonmel and Our Lady's Children's Hospital, Crumlin.

“Róisín received chemotherapy for 2.5 years, during which she had regular visits from her big sister, Ava. Róisín finally completed her treatment in July 2017 and in August 2017, Róisín was finally able to live her childhood by starting Junior Infants. She had a fantastic year, making great progress educationally and socially.

“Just one year later in August 2018, we discovered that Róisín relapsed. The cancer had returned and the fight began for the gift of life. Róisín immediately started treatment once more, which consisted of a combination of chemotherapy and cranial radiotherapy for central nervous system disease. Her treatment plan was set for the next 2.5 years and was due to complete in January 2021. However last week, after being unwell for a short period, we discovered that Róisín had once again relapsed.

“Róisín has spent six of her nine years on this earth fighting. After a second relapse, her treatment options became limited. Together with international specialists from all different countries, Róisín’s consultants decided to put her forward to CAR T cell therapy in the United Kingdom.

“Thanks to state funding, the Gavin Glynn Foundation, and the amazing team at Crumlin, Róisín will be travelling to the Royal Children’s Hospital in Manchester to receive this amazing treatment that is not yet available in Ireland.

“No one will ever truly understand what it means to “fight like a child” until they have witnessed it first hand. And a child’s fight is only as strong as their parent’s persistence to keep going. Cora, Róisín, and Ava have a long road ahead of them. But the long term possibilities will always outweigh the short term struggles.”