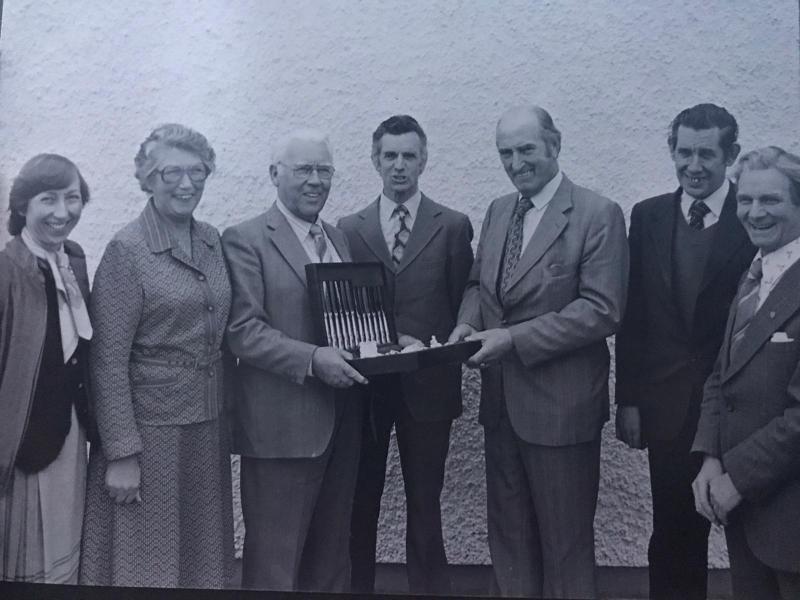 Two Donegal music teachers have forged a covid-weathering friendship based on family relationships stretching back to the days of South Inishowen's popular Burnfoot Mart.

Eleanor Lamberton, who is new to the area, and Deirdre Doherty, who has lived there all her life, met up for a coffee at the beginning of 2020 and it was not long before they worked out their mutual connection.

Eleanor, who has a Diploma in Music from London College of Music, moved to Inishowen when she married Gareth Lamberton from Fahan.

She explained: “I was teaching music (piano, violin and a little guitar) and singing in my home. I saw posts from Deirdre's music school: Dee Music: Hitting the Right Note, which is in Bridgend, near Doherty's Chip Shop and I worked out that we did not live too far apart. So, I sent her a message on Facebook. I had no idea who Deirdre was but I thought it would be good to get in touch with her. We met in The Gap for a coffee.

“Deirdre teaches piano, violin and guitar and while we were chatting, she knew the name Lamberton and asked me if Jack Lamberton was my grandad. I said Jack was actually my husband's grandad. It turned out Deirdre knew Jack very well because he and Deirdre's dad, Tommy Doherty, had been two of the five Directors of Burnfoot Mart, back in the day.

“I am obviously not here that long and I do not know much about Burnfoot Mart but it seems to have been a bit of a thing in its day. Obviously it is closed now. Deirdre told me Jack Lamberton was a valued friend and colleague of her dad,” said Eleanor.

“Deirdre said we had old-school connections which are very established from the two men. She described Jack as 'a lovely, gracious man,'” said Deirdre.

When the Covid-19 restrictions came into effect in March past, both Eleanor and Deirdre moved to teaching their music lessons online.

Eleanor described the transition as “something I never thought I would have to do”.

“It could have been worse,” she added, “I was definitely glad we had the technology to enable us to continue teaching. It would have been practically impossible not that long ago.

“Having Deirdre's support has been great. I can ask her advice about teaching and any queries she gets about singing, she passes onto me and it all goes back to the friendship of Jack and Tommy many years ago. I was happy to help her with the technology for upcoming online exams.

“I had planned to do a Christmas programme on my own and Dee and I had discussed doing a summer camp over summer 2020. Obviously neither of these projects happened due to the Covid-19 restrictions,” said Eleanor.

Eleanor said she was glad to be able to continue teaching her pupils online during Level 5.

“One of the parents has told me that the music lessons lift her daughter's spirits, which was lovely to hear. An online lesson is something different because kids at the minute have so little else going on.

“Teaching online is a bit harder because you cannot use the resources. Usually, I would have done some games and been at the piano for a bit. It is quite intense seeing your face on the screen with an eight-year-old, when you are trying to think of what to say.

“However, I think the parents are more involved, which is a good thing, because if its online they can hear what's going on then it means there are clued into what the children should be doing. They can then support me and help their child practise, when they know how the lessons work. I am delighted that one of my pupils recently obtained a Distinction in their exam. It is fantastic for them to be able to use it on their UCAS forms now,” said Eleanor.

She added: “Getting to know Deirdre and the family connection has been wonderful. It is cool that a connection of two families going back three generations is now teaching a fourth generation. You wouldn't have thought something like that could have come about.