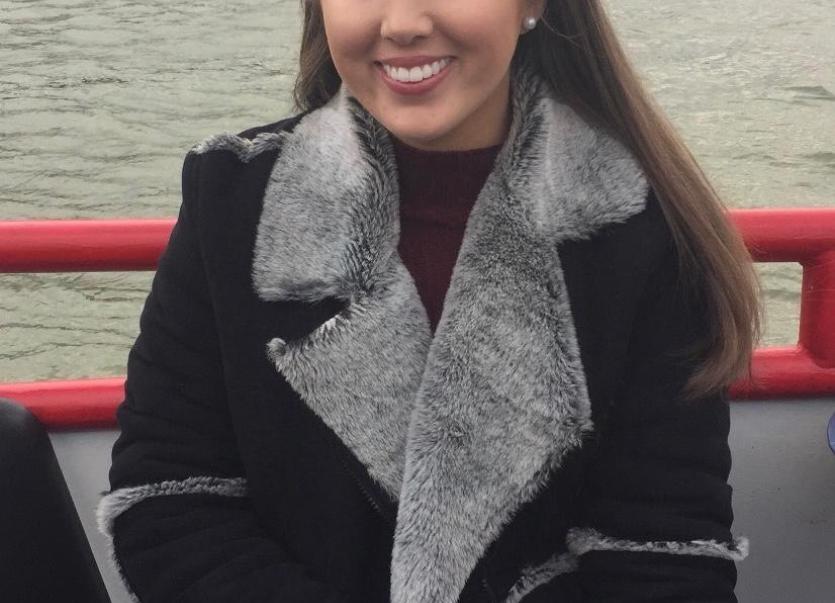 Jane Friel had not even expected to go to the beach when she and her cousin went for a drive one sunny July afternoon last summer.
The good weather brought the student teacher from Castlefinn to the beach at Portsalon where she and her cousin enjoyed a picnic in the unexpected sunshine.
As they were preparing to leave the beach, events unfolded that led to Jane this week being recognised at Water Safety Ireland’s national annual awards ceremony this week.
A trained lifeguard, Jane overheard the frantic plea for help from a woman who had run to a family sitting nearby.
“I heard her and I just said ‘I am going to have to go’. I got my coat off, my shoes, because I was just dressed in jeans and stuff. I didn’t expect to be at the beach, never mind in the water,” Jane said this week.

The woman, who was on holiday, had alerted the family that her husband and three daughters were in trouble in the water and could not get back to shore. Jane knew there was a lifeguard at the Knockalla side of the beach but there was not one at their part, close to the golf course.
She ran towards the water and an onlooker handed her a lifebuoy as she made off for the water.
The father and three daughters aged nine, 14 and 16, had become caught in a rip, a current which was preventing them from getting back into shore.
Jane said she was surprised how quickly training from her lifeguarding course began to take over her actions.
“The whole thing in lifeguarding is to keep calm. And I could not believe how quickly that came to me,” she said.
She swam out to the family and told them that if everyone kept calm, they were all going to get out.
Being closest to the youngest daughter Jane passed the lifebuoy to her and told her to hold on to it.
She brought the rope from the lifebuoy to meet onlookers who had gathered on the shore, who then pulled the girl to safety.
Jane returned to the second daughter who was on a bodyboard. She used the board to help swim the girl to shore.
The 21-year-old went back out again to the father and the third daughter. At this stage, they had made their way close to the shore free from the current and Jane encouraged them to safety. Her cousin Nicola comforted the mother on shore as they watched.
“They were very emotional and I don’t think it dawned on us what had actually happened,” Jane said.
“The mother could not have been more thankful and gave me a towel and clothes. We did not think much of it.”
Word of Jane’s actions spread in the following days leading to her nomination for an award from Water Safety Ireland. She also got the chance to meet the family again.
“It was lovely. They couldn’t have been more thankful, they were so nice. It was great to see them and chat to the girls and see how they were getting on. You don’t want people to be scared after it but I know even myself I was scared after it, thinking about going into water after that.”