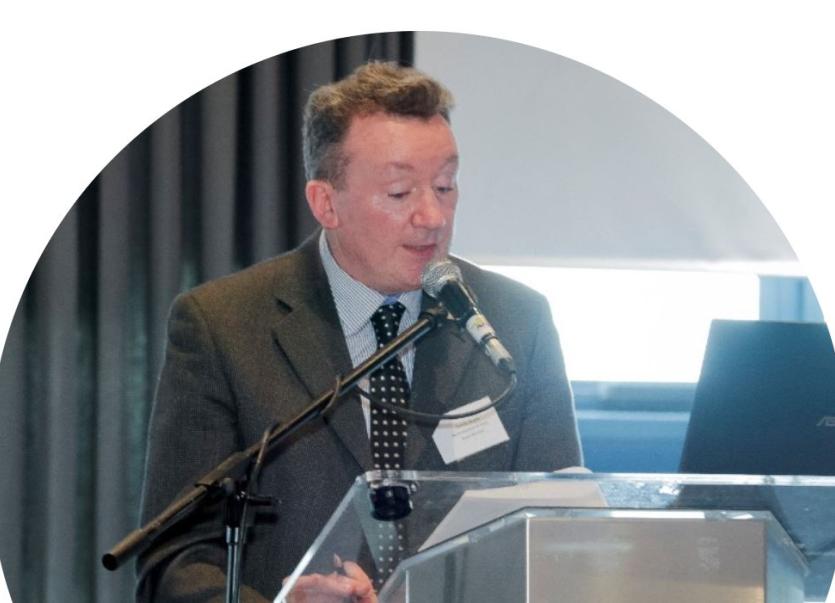 Glowing tributes have been paid to the popular Inspector Denis Joyce following his last day on duty in Glenties District Court.

Leading the tributes, Judge Paul Kelly said that Denis Joyce had been ever present in Donegal courts over the past decade and had even travelled as far north as Carndonagh when necessary.

He has been a very steady and helpful presence in the court, from the judge's point of view and was a man of the "utmost courtesy and discretion."

The Inspector had a great knowledge of the law and was a very solid prosecutor whenever a fight had to be fought, he noted.

But he was also a practical prosecutor and was a good person to deal with when both sides agreed a way forward for a speedy and practical disposal of a case, Judge Kelly added.

The judge said he had enjoyed working with the Inspector as he was an easy man to get on with and was always a man who showed the utmost respect to all of those who came before the court.

The judge said he wanted to wish the Inspector, who had a few weeks to go, all the best for a healthy and happy retirement and he had no doubt the court might see the Inspector in another guise.

"Thank you from the bottom of my heart for your courtesy." the judge concluded.

On behalf of the solicitors, Mr Cormac Hartnett said he wanted to be associated with the judge's remarks.

He said the Inspector was very professional but was also courteous and kind, and was a man of great inner integrity with a keen sense of fairness.

The Inspector had a keen sense of what was right, and he pursues it with but had a sense of where quarter might be given in the interests of justice, he noted.

Barrister Peter Nolan told the court he had crossed swords with the Inspector but would always shake hands afterwards.

Stating that the Inspector was a man of the height of integrity, he added: "He never led me astray and you always knew where you stood with him and he did his job very well.”

The Inspector would be a big loss and would be missed and he always showed fairness and diligence in his approach to all cases and especially for the justice of the situation, he continued.

Fire Officer Conor McShane wished the Inspector all the very best in his retirement.

A garda representative thanked the Inspector for his humanity and dealings with junior gardaí,  and also the defendants who were before the court.

He had also seen a lot of tragedies and dealt with them in a sensitive manner.

Inspector Joyce thanked all for their kind words and said it was a privilege to battle with some of the best legal minds in the north west.

They represented their clients very fairly and rightly so and when the case was over "we shook hands."

The Inspector said he was 38 years in the force, and was now looking forward to new challenges, and said it was a pleasure to work with Judge Kelly.