'Stay local and shop local for this Christmas' 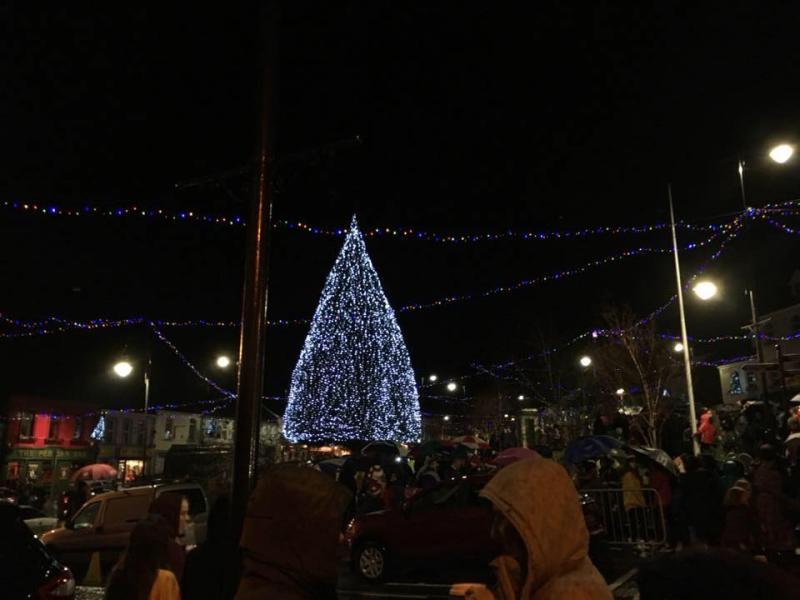 'Stay local and shop local for this Christmas'

There was a palpable sense of relief and pre-Christmas anticipation among Donegal business people with the lifting of the six-week-long, Level 5 Covid-19 restrictions.

Exuding positivity, Deirdre Bradley of Carndonagh Traders' Association said the bell on the door of her boutique, Deirdre's at the Diamond, had not stopped ringing on Tuesday with well-wishers popping in and out.

Deirdre added: “There is a great atmosphere in Carndonagh. The door was just jingle, jingle, jingle. Coming into town, I was just so excited about opening the shop and being able to get a wee blow dry again.

“All of the businesses in Carndonagh have done so much preparation for re-opening. We have gone OTT with Christmas decorations, the ambience, the music is amazing. The music was already playing in the town at 9.30am on Tuesday morning and the Christmas tree was looking magnificent. The Carndonagh Christmas Tree Committee must be congratulated. Every year we say it can't be any nicer next year, but for some reason this year, it is exceptional. The committee has worked so hard the whole month of November. A massive word of thanks from myself as a trader and from the Carndonagh Traders' Association for all of their hard work.

“It was just lovely and just for that little while, you could pretend to yourself the situation was normal. It was great. It was lovely to throw the doors open. To recoup the money we might have made in the past few weeks, since we went into Level 3 followed by Level 5, is probably a mammoth task, I don't think we will be able to do that but are all throwing ourselves into the re-opening.

“We will be working right through now to Christmas Eve. A lot of the businesses will be doing late evenings on Thursdays and Fridays, we are going to be open on Sundays. We are just so delighted. It is just such a weight lifted off us to know that people can come in and see your wares. Even if they were not buying, it was just so lovely on Tuesday that people were putting their heads in the door and wishing us the best of luck,” said Deirdre.

The Carndonagh Traders' Association is determined not to be negative about the situation.

“We will try and be as positive as we can,” added Deirdre. “The traders are going to give it everything we can.

She added: “It will be even better when the restaurants and cafes in Carndonagh reopen for sit-in again on Friday (December 4). Once that happens, people who are meeting up to go for a bite of lunch, that helps every business because they want to get their hair done, they want to buy a new hat, they want to buy a Christmas jumper.

“Unfortunately our pubs are not reopening, which is very sad because we have seven of the pubs in Carndonagh are part of our Traders' Association and it would have been lovely if they had been throwing their doors open on Friday too. It would have been so nice.

“I think the pubs were prepared for it. However, every single pub has done up their windows. You should see The Sportsman. They have every window upstairs in their premises decorated and they picked a local artist who would have played in their bar and they painted the pictures.

“Everybody has gone that wee bit further. Everybody has done their windows bigger and better because they want it for the children. It is lovely. The ambience is lovely and I'm sure it is the same in every town in Inishowen, Moville, Greencastle, Buncrana, Culdaff, Malin. Everybody is making and effort for the locals. If there ever was a time we needed your fiver, your tenner, your 100 euro, it is now because, at this time of the year, traders would normally be giving to local bazaars, the local schools, the bingo, the community school. This year, the small spend in your local shops is so important to every single one of us. Every euro spent locally is the equivalent of four euro,” said Deirdre.

A new Shop Local Loyalty Card has been launched in Carndonagh to reward residents with a thank you gift for supporting local business.

Launched by Spraoi agus Spórt, with the support of the Carndonagh Traders' Association, shoppers who collect eight stamps, one for each local shopping transaction, will receive a Christmas keepsake made in the FabLab in Carndonagh. The bespoke Christmas mementos are in fine wood and have a Celtic star engraved in the centre with the message 'Shop local Carndonagh'.

At the other end of the peninsula, Brendan Callaghan of Callaghan Jewellers in Buncrana said he was “very positive” about yesterday's re-opening.

Brendan Callaghan, a representative of Buncrana Chamber of Commerce, was encouraging people to “shop local” this Christmas.

Brendan added: “We are hoping that people will shop local would be our main message. It is great to see, even today, people in their shops on Monday, like ourselves, getting ready to re-open. All the lights were on in the shop windows and Tuesday was a good day.

There is a good atmosphere about Buncrana at the moment, especially with Christmas lights having just been turned on and then all the lights in the premises being illuminated, especially now at 4 o'clock when you look up Main Street and see the brightness rather than people not being able to shop because there were no shops open. I think it will be good. We are very mindful of all the Covid-19 precautions also. We have all screens and ask all our customers to wear a face masks.

“The Buncrana Voucher Scheme is also coming back again, hopefully at the end of the week. They will be available from McKenna's Centra early in December. I am optimistic a broad range of businesses will be participating in the Scheme,” said Brendan.