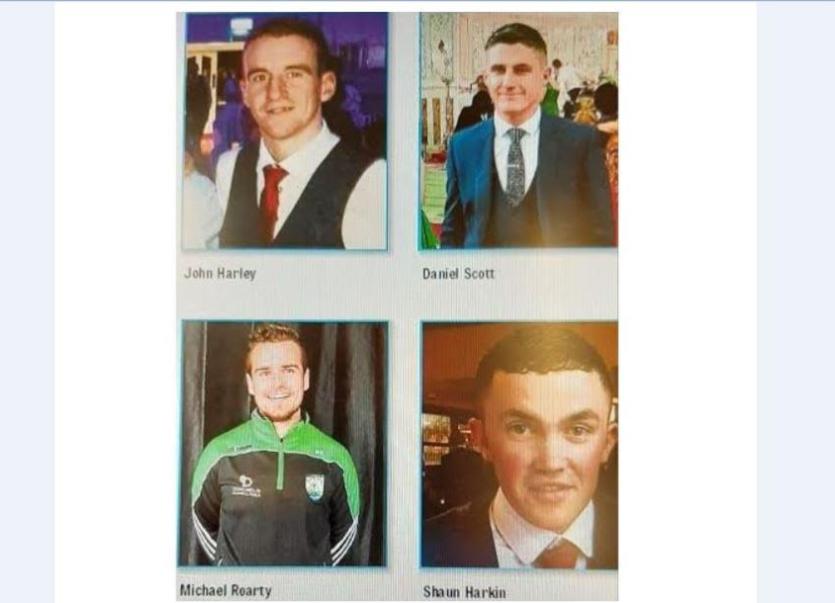 The tragic victims of the crash

Death by misadventure verdicts due to multiple injuries received in a road traffic collision were returned in the four-death crash case heard in Letterkenny Courthouse this Friday morning.

Coroner, Dr Denis McCauley heard the sequence of events, including drinking in locals bars, that lead to the single vehicle car crash on a road between Gortahork and Gaoth Dobhair that claimed the lives of friends John Harley, Falcarragh, (24), the driver of the vehicle, Daniel Scott, Gortahork, (23); Shaun Harkin, Falcarragh (22) and Micheal Roarty, Gaoth Dobhair, (24) on Sunday night, January 27, 2019.

Garda evidence estimated that their vehicle slipped on the verge  of the road as they went down a hill and was travelling at approximately 75mph at the time. It travelled approximately 22 metres through the air before it landed on the roof and all inside were killed instantly.

Consultant pathologist, Dr Katrina Dillon, said from the post-mortem examination all four were intoxicated at the time.

Dr McCauley said even though only two of the four men were wearing seat belts at the time, it appeared their head injuries caused death instantly.

"This was just an accident but because of the events of the evening you would call it misadventure. This is just a descriptive term and in no way associates anyone with any blame whatsoever," he said.