Ceremony marks the beginning of a year of celebrations of Saint Columba, his life and legacy 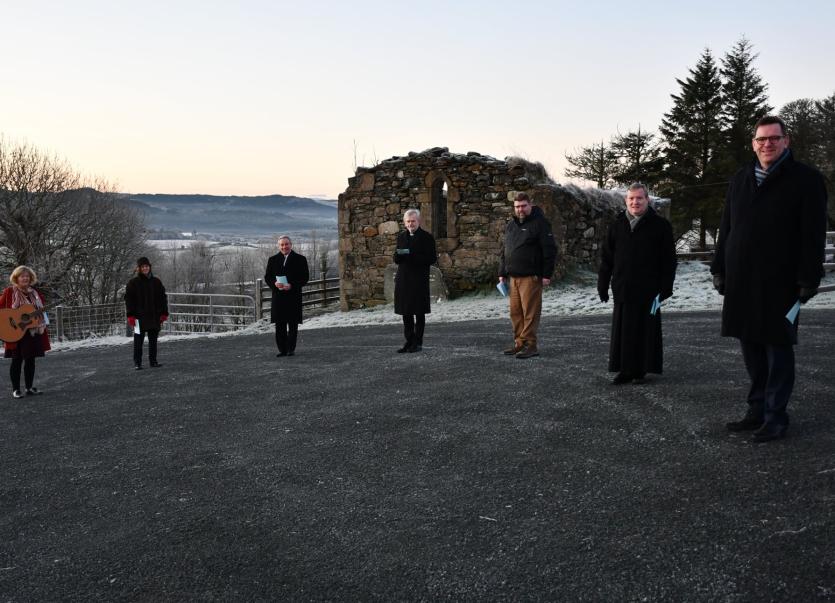 Church leaders in the North West gathered at St Colmcille’s Abbey near Churchill, early this morning, for a Service marking the beginning of a year of celebrations of Saint Columba, his life and legacy.

The lakes at Gartan provided an icy but stunning backdrop for the service, which began shortly after daybreak, just a few hundred metres from where the saint is reputed to have been born.

The Church of Ireland, Roman Catholic and Presbyterian Churches were represented at today’s service, which was recorded for broadcast on the Colmcille 1500 website.

The Bishop of Derry and Raphoe, Rt Rev Andrew Forster, the Bishop of Raphoe, Rev Alan McGuckian, the Moderator of the Donegal and Derry Presbytery, Rev Thomas Bruce, the Curate at St Colmcille’s Church, Glendowan, Fr Micheal McKeever, the Rector of Conwal with Gartan, Rev David Houlton and Associate Minister, Rev Heather Houlton, prayed together in an outdoor service that complied with public health guidelines. Music was provided by Donegal singer Maggie McAteer.

After the service, the two bishops and the two Church of Ireland ministers visited Gartan National School, near Churchill, where senior pupils performed a hymn they had written about St Columba.