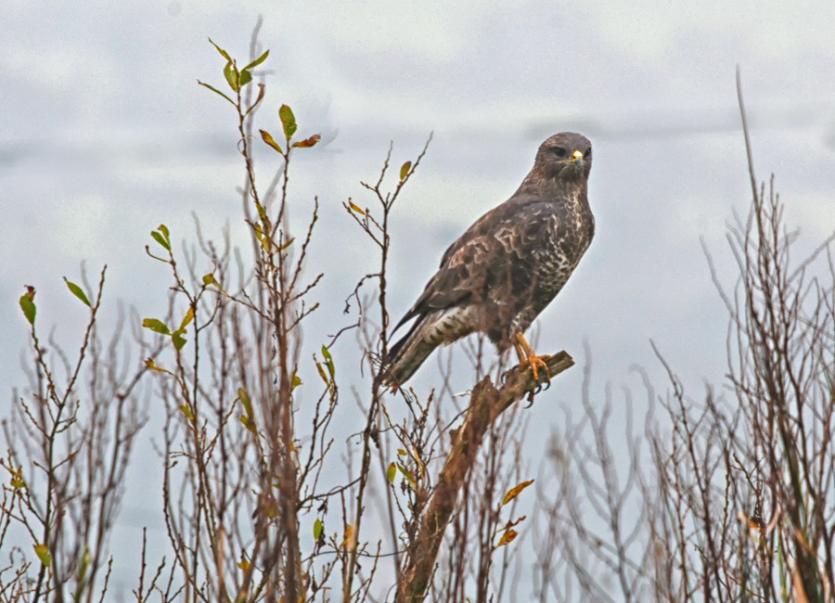 The Hen Harrier is on the conservation amber list. PHOTO: Emer O'Shea

An Bord Pleanála has rejected an appeal to overturn Donegal County Council’s refusal of planning permission for seven wind turbines in the Ballyshannon area.

One of the main reasons given for rejecting the appeal was the potential negative impact on a breeding pair of Hen Harriers in the area. The Hen Harrier is amber-listed in the ‘Birds of Conservation Concern in Ireland.’

According to the report on the appeal decision, negative impacts would include:
potential impact during the construction phase on wintering/roosting Hen Harriers;
significant negative impacts on a confirmed breeding pair of Hen Harrier considered to be of national/international significance during the construction and operation phases of the wind farm arising from displacement and fragmentation of the core breeding territory for Hen Harrier;
significant negative cumulative impacts on Hen Harrier in combination with the permitted Derrykillew Community Wind Farm during the operation phase, as a result of the direct and indirect loss of substantial suitable breeding and foraging habitat for Hen Harrier.

Upon consideration of this and other relevant documentation including its own Inspector’s Report, An Bord Pleanála said: “There is significant uncertainty as to the likely effectiveness of the proposed mitigation measures proposed to address the impacts of the development on Hen Harrier.

“Significant impacts would not be compensated for via the mitigation proposed, including the revised Hen Harrier habitat enhancement plan, and would, therefore, fail to preserve and maintain sufficient diversity of area and habitat for Hen Harrier breeding and foraging and would have a significant adverse effect on Hen Harrier.

“The proposed development would fail to ensure the continued presence and reproduction of Hen Harrier in their current area of distribution in south County Donegal.

“Notwithstanding the mitigation measures set out by the appellant to address the impacts of the development on Hen Harrier, it is considered that the proposed development would have a significant adverse effect on Hen Harrier in failing to preserve and maintain sufficient diversity of area and habitat for Hen Harrier and failing to ensure the continued presence and reproduction of Hen Harrier in their current area of distribution in south County Donegal."

The proposed development for ten year planning permission for a wind farm with a 30-year operational life would have incorporated:
seven turbines up to 150m high and all associated foundations and hardstanding areas;
an on-site electrical sub-station;
a temporary construction compound;
a 100m high anemometry mast;
recreational amenity trail and associated signage, parking and recreational facilities;
all associated underground electrical and communications cabling connecting the turbines to the proposed on-site substation;
upgrading of existing access tracks and provision of any new site access roads required including new site access onto the local road network in the townland of Tullyhorky and associated drainage;
excavation of one number borrow pit;
all associated site development works (including tree felling), all at Behy, Cashelard, Tullyhorky and Doobally, County Donegal.

The Inspector's report and other documentation relating to the appeal decision can be read at http://www.pleanala.ie/casenum/305163.htm