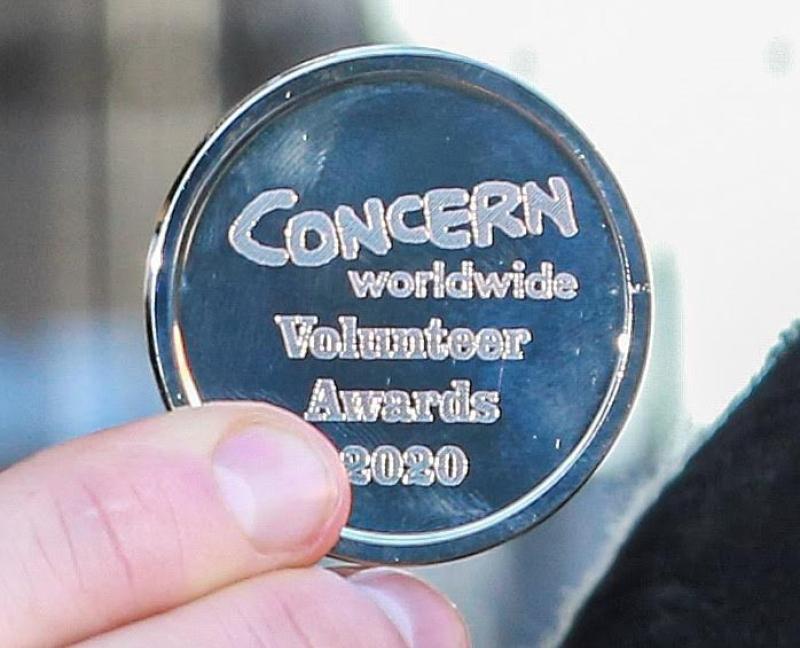 A teacher at PCC Falcarragh is among a group of volunteers around the country who’ve received awards for their commitment to the Irish humanitarian organisation, Concern Worldwide.

Packie Doohan, who teaches maths and religion, has been collecting for Concern since 1994 after he was asked to help with the annual Christmas Eve collection by his then former colleague, Brian Cannon.

“Years ago I spent a year teaching in Lagos in Nigeria and I would have seen a lot of poverty. I also spent a couple of weeks in Uganda recently. You’d have an appreciation of where the money is used and how much it’s been valued in those countries,” said Packie.

He added that the Falcarragh community has been very supportive of the Christmas Concern collection, and it’s become an annual social event raising on average €1,800 per year.

“You’d always find the same people, they’re almost waiting on you. They’re coming over and they’re giving you the contribution every year. It’s a nice day out, you get to chat to people you don’t normally get a chance to chat to or haven’t met for a couple of months.”

As well as the Christmas Eve collection there are smaller collections and fundraising events in PCC Falcarragh. Mr Doohan says he has nothing but praise for the young people of Falcarragh.

“Young people are very aware of development issues, they know of the level of poverty and needs in many parts of the world. They’re incredibly generous when it comes to time and raising money.”

Concern’s chief executive, Dominic MacSorley, praised the organisation’s volunteers and all those who support them in their efforts.

“The extraordinary commitment of Concern volunteers has kept a flame of compassion alive in communities around Ireland,” he said.

“Their commitment has been integral in sustaining Irish people’s solidarity in action across the world’s hardest hit areas. We cannot thank them enough for their support, particularly at this most challenging time.’

Concern’s Volunteer Awards began in 2013 to celebrate the vital contribution made by the charity’s  1,700 volunteers around Ireland. Many raise funds that enable the organisation to continue to alleviate poverty and hunger in the world’s poorest countries.

Concern was formed by volunteers in 1968 as part of a major humanitarian response to the Biafran famine in Nigeria caused by civil war. Last year the charity helped over 28 million people in 24 of the world’s poorest countries.

More information about its work or how to support the aid agency can be found on its website at www.concern.net.