Our Lady of Guadalupe is the patron saint of the unborn 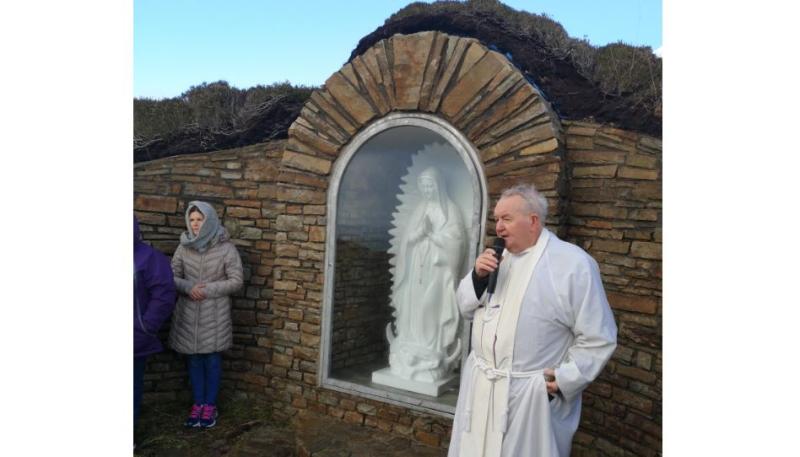 Fr Séan Gallagher, PP Gortahork speaking at the blessing of the statue of Our Lady of Guadalupe

The statue was commissioned by The Knights of Columbanus to celebrate the 1500th anniversary of the birth of St. Colmcille and was paid for by the generousity of the late Denis Gallagher, Lower Meenlaragh.

The project on Cnoc Na Naomh to honour St.Colmcille started in 1997 to commemorate the death of the saint. There now exists a grotto, the Stations of the Cross, a lighted cross on the summit of the hill and an altar on which mass is celebrated each year on August 15, The Feast of the Assumption.

The Knights of Columbanus are now seeking funding to complete the project with a tarred road to provide easier access to Cnoc Na Naomh.

A more official blessing will take place on June 9 2021 on the feast day of St Colmcille.