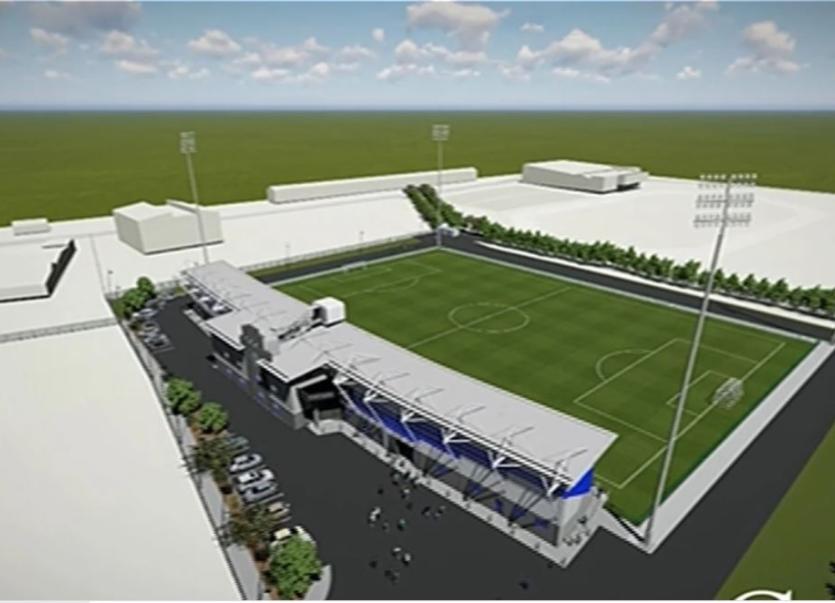 Donegal Sinn Féin TD, Pearse Doherty, has again raised the need for funding for the completion of the new Finn Harps FC stadium in the Dáil.

Teachta Doherty welcomed the news that the Minister for State, Jack Chambers TD has accepted his invitation, on behalf of the Finn Harps FC Committee, to visit Donegal early in the New Year to meet with the Finn Harps committee, as well as other organisations in the county.

Speaking in the Dáil tyesterday, Teachta Doherty said the Appropriations Bill before the Dáil allows for the carryover of capital – whereby departments can carry over up to 10% of their funding allocation to the following year. This year’s capital carryover stands at 7.4 %.

"This is high but reflects the Covid-19 restrictions which have held up certain projects. I want to raise a project that is important to the sporting life of my constituency in Donegal.

"The new Finn Harps Stadium is a shovel ready project that would create local jobs and serve the sporting life of the community. €1.2 million was provided over a decade ago, but since then it has been left idle. Work has stalled since 2014. It is ready to go. It has the planning permission. Now it needs the funding."

He added he was now asking the Government to commit to this project and commit to a new Finn Harps Stadium.

Make the most of today's weather

Make the most of the warm Donegal Sunday sunshine !