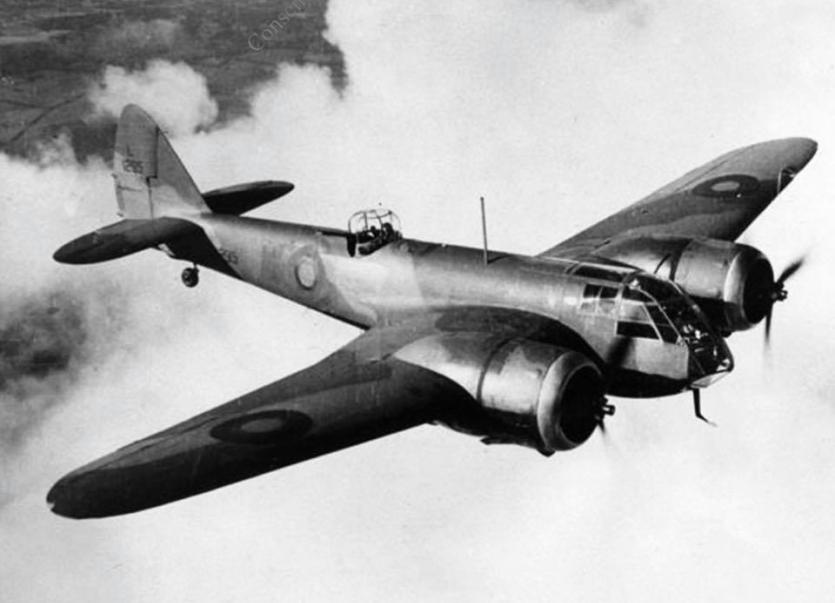 A Blenheim bomber similar to the one that crashed in Donegal

Today marks the 80th anniversary of the crash landing of a British RAF World War II bomber in Co. Donegal.

On December 21, 1940, a Bristol Type 149 Blenheim IV (F) aircraft crashed at Sladran, in the hills north of Buncrana.

The aircraft had left from Aldergrove air base outside Belfast on a convoy escort mission out over the North Atlantic, but on its return in bad weather and running out of fuel, the crew were forced to bail out.