A  couple who admitted conning the Department of Social Protection out of €159,000 over a four year-period by falsely claiming Disability and Carer’s Allowance failed to tell the Department that the husband had been paid €300,000 arising from a personal injury claim, Ballyshannon court has heard.
In fining Maureen and Oliver Regan (both aged 63), Laghta, Kinlough, County Leitrim €4,000, Judge Kevin Kilrane said the couple were “motivated by pure greed and nothing else.”
The judge told Ballyshannon District Court that he had been strongly considering jailing them.
“The amount is huge.” he said. “The State were being ripped off on the double and paying out right, left and centre to this couple.”
An earlier court sitting was told that the couple had 22 property folios, and owned “multiple properties” that came to a total value of €471,500.
Their folio included an apartment in Dublin that was rented to Dublin County Council for €950 a month, a property in Donegal and a farm of land in County Leitrim.
Leitrim State Solicitor Noel Farrell told the court the full outstanding amount had been paid.
The court was told later by defence solicitor Gerry McGovern that the couple sold a property that they owned in Donegal to pay off the outstanding amount to the Department.
Maureen Regan, Laghta, Kinlough pleaded guilty to a charge that on dates between December 5, 2013 to December 14 2016 failed to notify the Department of Social Protection of a change in circumstances namely that her spouse had received €300,000 which affected her entitlement to Carer’s Allowance.

Pleaded guilty
Oliver Regan, of the same address, pleaded guilty to a charge that on dates between December 4 2013 and January 31, 2017 failed to notify the Department of Social Protection of a change in his circumstances namely his financial means which affected his entitlement to Disability Allowance.
Oliver Regan got his compensation in 2013.
Department of Social Protection Inspector Morgan Mooney told the court that the couple had been warned on three occasions before Oliver Regan got his claim that he should tell the Department of this award as it was means tested.
The Inspector said the couple had 22 property folios spread out in Donegal, Sligo and Leitrim.
They had a property in Letterkenny. And before his personal injury award in 2013, the couple had a property in Donegal but did not declare it and they did not tell the Department of the award of the compensation.
The property in Dublin was bought in July 2014.
Mr Mooney said the fraud was detected by a matching exercise of the income of people who also had property.
Defence solicitor, Gerry McGovern said his firm of solicitors had sent a letter to the Department telling them about Oliver Regan’s personal injury matter in 2011, so the Department was well aware of the situation.
Mr McGovern said that prior to the compensation, the couple had very little money and they were living on €28,000 per year.
The solicitor said the Regans had sold a property in Donegal at a loss.
When Mr McGovern asked why the Department had not told his solicitor’s firm of the award to Oliver Regan in 2013, Mr Mooney said the couple had been visited on three separate occasions to warn them that they had to declare the award.
Mr McGovern said the defendant got the award, could not get work and had got a stroke.
He said if the Department had written to his firm they would have a got a straight answer.
Mr McGovern said the Regans were decent people who had made a mistake by not telling the Department of the change in circumstances.
He said Oliver Regan “was not a wealthy man” he had 18 head of cattle and had bought a farm of land in Tullaghan and while he did not want to run down the land in Leitrim, the land was not good.

Repaid everything in full
The Regans were pleading guilty and had repaid everything in full. They had no previous convictions.
Judge Kevin Kilrane said the Regans may be decent people but the amount they took from the State was very serious as it was almost €170,000.
The judge said that instead of declaring the compensation of €300,000 in 2013 they went off and bought real estate.
Judge Kilrane said the question of jail must be considered as this was “direct larceny from the taxpayers of money that was sorely needed for other matters.”
Mr McGovern said the couple were both 63 years-old who had never come to the notice of gardaí.
Their present joint income was €28,000.
They had sold their property in Donegal very quickly. They had a farm of 40 acres of poor land.
It was only now that Mr Regan was able to do any work. The couple accepted they were wrong.
“I know the Regans and they are upstanding citizens of this country,” the solicitor said.
Judge Kevin Kilrane said he took into account Mr McGovern’s plea in mitigation.
The judge said the Regans’ original repayments were in bits and pieces until they realised they were in a “serious situation”.
They had sold property in Donegal at a loss as it was a tenanted property. They had redeemed themselves in that regard. The judge fined the couple €2,000 each and they were given four months to pay. 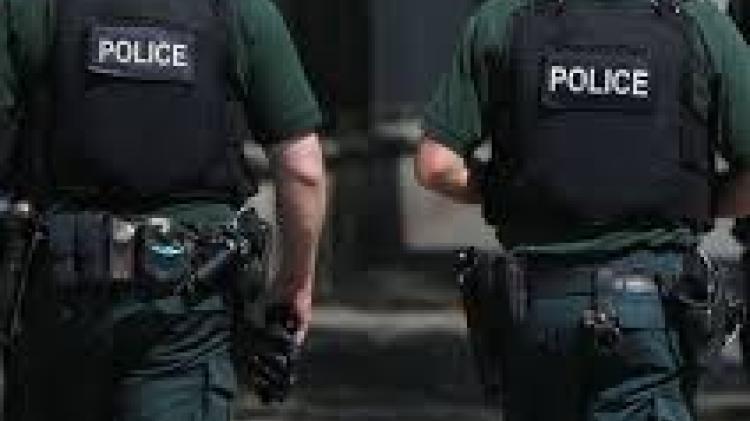