Dolphin found stranded on a beach in Donegal 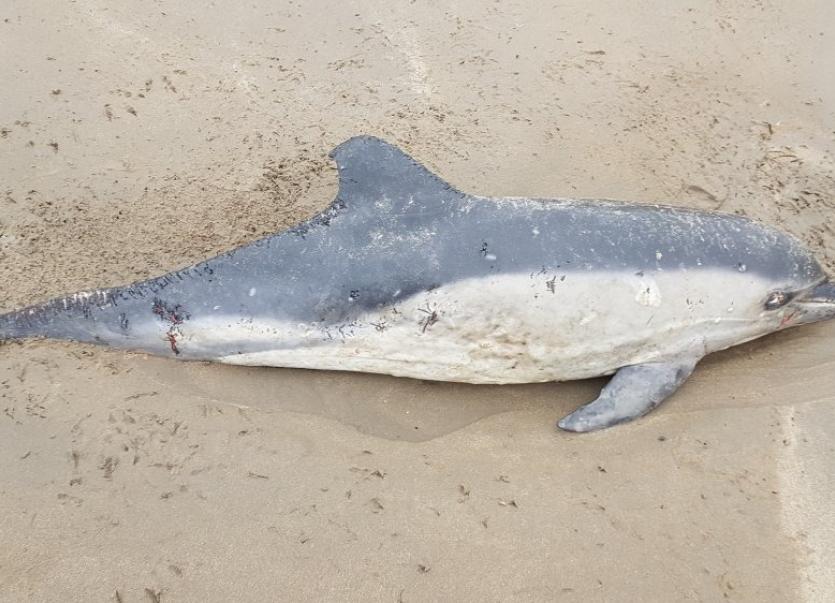 A common dolphin has been found washed up on Murvagh Strand near Laghey in south Donegal.

The stranded dolphin was reported to the Irish Whale and Dolphin Group (IWDG) on December 26 by local woman Eimear Hayden.

Ms Hayden first spotted the dolphin while out for a walk before the arrival of Storm Bella. Having reported the stranding, she returned to Murvagh the next day at the request of IWDG in order to record specific details and take more photographs. She had expected the dolphin to have been moved by the storm, and was unsure if she would be able to find it. However, it had not moved far though she believes the storm may have made its injuries appear worse than when it was first sighted.

The Murvagh dolphin is one of 17 reported strandings of dolphins, porpoises and whales on the Irish coast so far in December, and one of two in Co Donegal. The other stranding in Donegal this month was a harbour porpoise on Carrickfinn beach reported by Denis Duffy on December 8.

Anyone who sees these creatures either swimming or stranded is encouraged to go to www.iwdg.ie and report the sighting or stranding. All information gathered helps to form a more comprehensive picture of the health and migration habits of around 25 cetacean species that live or spend time in our coastal waters.