Risk of similar action in future not ruled out 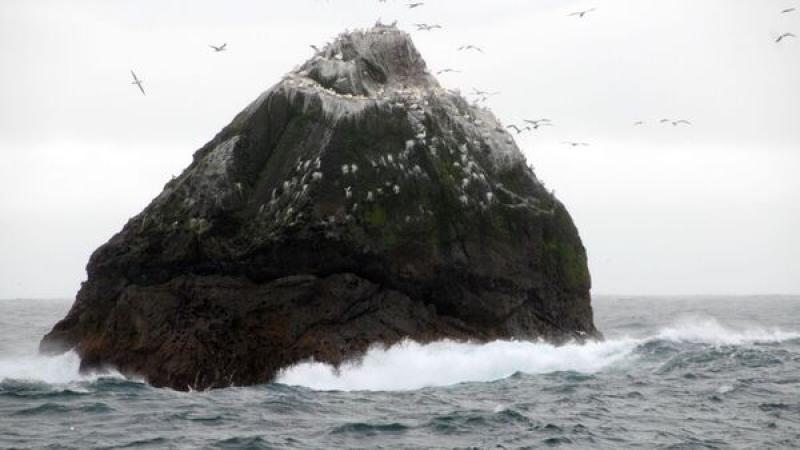 Rockall, an uninhabitable granite islet in the North Atlantic which could become a focal point for tensions between Irish and UK fishermen in the future

An increased risk of enforcement action being taken by Scottish fisheries control authorities against Irish vessels operating in the waters around Rockall remains despite the start of negotiations between Ireland and Scottish authorities.

This follows the boarding of the Greencastle-based Northern Celt on January 1. Its skipper, Adrian McClenaghan, was instructed that he can no longer fish within 12 nautical miles of the disputed rocky outcrop in the North Atlantic as a result of Brexit.

In a joint statement about Rockall issued on Friday night, the Minister for Foreign Affairs, Simon Coveney and Minister for Agriculture, Food and the Marine, Donegal TD, Charlie McConalogue, revealed they had met to discuss recent developments in relation to the issue.

Their statement added: "The ministers are fully aware of interactions between an Irish fishing vessel, and a Marine Scotland patrol vessel in recent days. The Irish Government has been in contact with the relevant Scottish and UK authorities.

"Through this engagement, the Irish Government is seeking to address the issues involved, reflecting the longstanding fisheries tradition in the area. Taking account of the new EU-UK Trade and Cooperation Agreement, this may also require contact with the European Commission.

"In addressing these issues, the Minister for Foreign Affairs and the Minister for Agriculture, Food and the Marine, as well as their respective officials, are considering all options for further engagement on the issues involved and are continuing to work closely together.

"While engagement continues, there remains an increased risk of enforcement action being taken by Scottish fisheries control authorities against Irish vessels operating in the waters around Rockall at present."