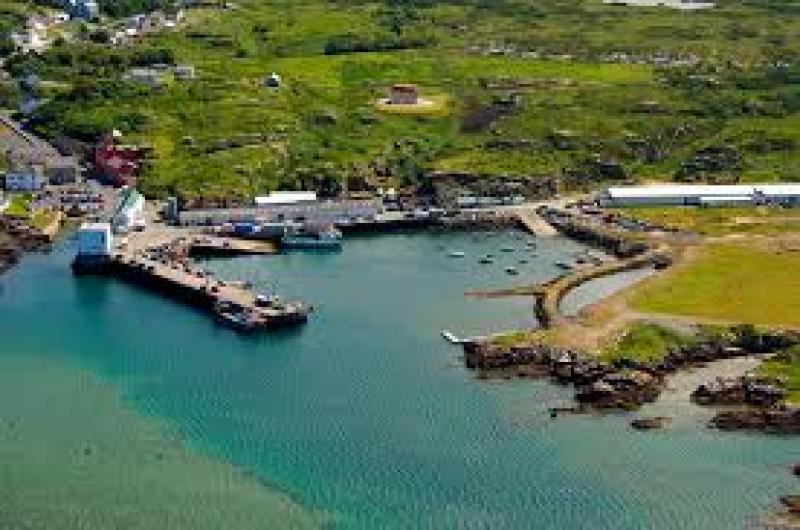 Burtonport, one of the fishing harbours Deputy Pringle says should be designated a third country port

Independent TD for Donegal, Thomas Pringle, said the Government must designate more third-country ports in Donegal and around the Irish coast now to facilitate Irish fishermen who operate UK-registered vessels.

“There should be six or seven ports designated in Donegal alone, never mind the whole country,” he said.

The third country port designation now in operation in Ireland means that for UK-registered vessels owned and operated by Irish fishermen, Killybegs and Castletownbere, Co Cork, are the only ports they can land in.

“Ports such as Greencastle, Downings, Burtonport and many more are out of bounds for these vessels,” said Deputy Pringle.

He added the situation is not feasible for vessels that are Irish-owned and operated. He referred to a vessel in Burtonport worked by one man who now must travel to Killybegs to land.

“This is dangerous, apart from anything else,” he said.

Other parts of the country are also affected. The deputy said two of the six vessels that land at the Galway Co-op in Rossaveal can only land frozen fish into Derry and land into Killybegs or Castletownbere otherwise. This will have a very negative impact on Rossaveal and the community, he said.

“The Department of Marine knew this was a problem and never geared up to deal with it. There are vessels in Greencastle, all along the north coast of Donegal, in Arranmore and Burtonport, and they’re all affected.

“The Government could have dealt with this while the Brexit negotiations were ongoing and had ports all ready to go, and we wouldn’t have this problem.

“This must be dealt with now,” he said.

Deputy Pringle said the department must designate sufficient ports in Donegal and along the Irish coast.

“I have already gotten in contact with the Minister, urging him to act as quickly as possible. We must do it now, and do it right.”

“This can be dealt with very quickly and needs to be dealt with now in order for livelihoods to be protected,” Deputy Pringle said.