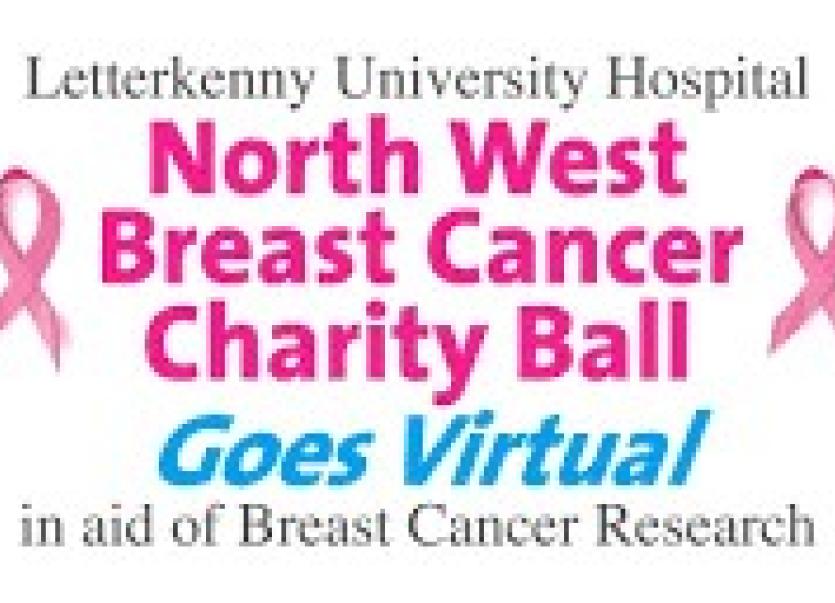 During a year like no other, the organising committee for the North West Breast Cancer Ball have just announced that, with the help and generosity of its many supporters, the Virtual Breast Cancer Charity Ball 2020 successfully raised important awareness of Breast Cancer and almost €11,000 for the charity.

The money raised will be spent on research into breast cancer and patient supports at Breast Centre North West.

The committee is very grateful to all who made donations and to those who contributed their time and talents to this year’s North West Breast Cancer Virtual Charity Ball.

Speaking on behalf of the committee Máire Lynam noted as they are a small committee it was a big decision to go ahead with the Ball during these challenging times.

"We could not have done so without the generosity of our survivors, performers and presenters who kindly gave their time and talents to help us make the Virtual Ball a reality under such difficult circumstances."

Ms Lynam added: "Optum won the final bid on the auction piece – a spectacular image of Glenveagh by Breast Cancer Surgeon, Mr Michael Sugrue. We also want to thank all those who bid so generously on the artwork.

"We hope to see everyone back at the Ball in person next year. In the meantime – stay home, stay safe...and keep dancing in your kitchen!"

The North West Virtual Breast Cancer Ball is still available to view on YouTube and details of donations made ...and an opportunity to make a late donation...can be found at: