Hundreds of items sent to Dublin after amazing local response 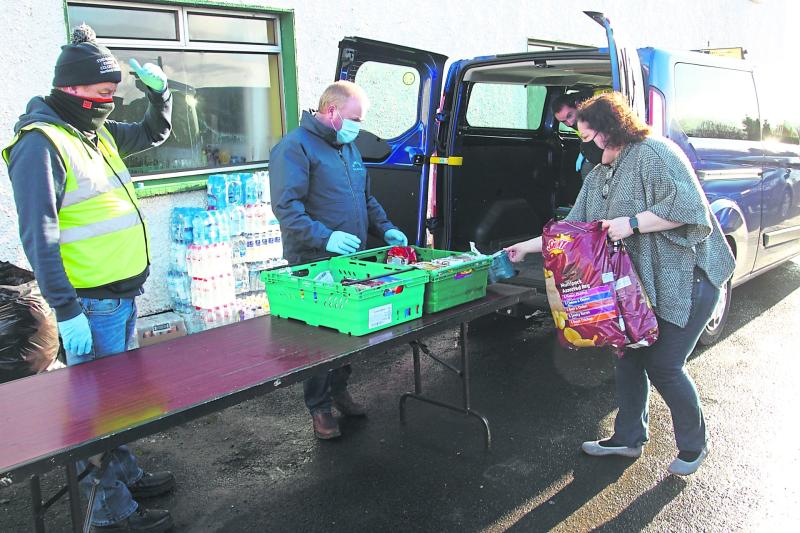 Mary McCole donating to the homeless at the Ardara Community Centre PICTURES: JMAC.IE

Hundreds of food items have been sent to help the homeless on the streets of Dublin following a collection in Ardara.

The socially-distanced collection was organised at the Ardara Community Centre on Sunday by locals Gerard McHugh and Daniel Moy.

The items, which included, biscuits, chocolate bars, soft drink and crisps, have been taken to Dublin where they will be distributed to homeless people at soup kitchens in the inner city.

The items will be put into tuck bags which will be distributed to homeless people after they receive a hot meal to keep them going through the night. 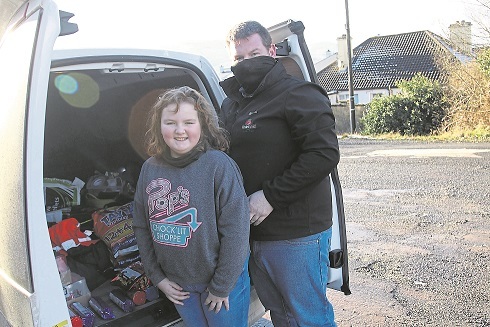 Mr Moy said they were overwhelmed by the generosity of the people of Ardara and surrounding areas of south-west Donegal who dropped items off at the collection point. A van-load of items has been sent to Dublin and Mr Moy said there is another half a van load left over which will be topped up with a second collection in the coming weeks.

Declan Gallagher, Daniel Moy, Gerard Maguire and Gerard McHugh who organised the collection for the homeless in Ardara at the weekend

Mr Moy and Mr McHugh were aided on the day by Gerard Maguire and Declan Gallagher from Ardara. The collection was publicised on social media and the items are being distributed by the Cavan-based Help Our Homeless group.

“It was an unbelievable response and we are very grateful to everyone from Ardara and the surrounding areas for all the support we received,” Mr Moy said.