Homes had no water on Christmas Day says councillor 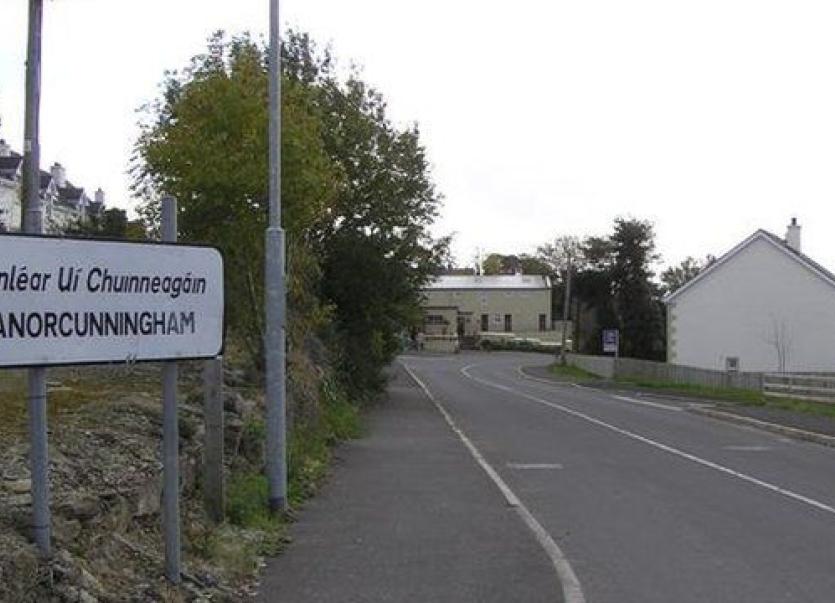 Fears a lack of proper infrastructure to supply water to the Manorcunningham area could means a return to the infamous Lagan Desert situation of the early 1990s, it was claimed this week.
At the last Letterkenny-Milford Municipal District meeting the council heard of chronic ongoing water shortages, one stoppage even affecting homes on Christmas Day.

Burst pipes were also placing families in dangerous situations as some people have to travel to Letterkenny to buy water - flying in the face of Covid restrictions as a result, it was claimed.

Cllr Donal Kelly and Cllr Gerry McMonagle tabled motions calling for immediate action from Irish Water in relation to an ongoing issue in the Corkey-Rosbracken area of Manorcunningham where burst pipes and problems with the water supply were the order of the day.

Cllr Kelly said he had received numerous complaints from residents in the Rosbracken-Pluck areas where people had been stuck in their homes with no water supply.

"This is a major issue over the past seven weeks with people left with no water thanks to burst pipes. This affects about 300 homes and that's not good enough.

He added he was made aware that residents were left furious to discover they had no water supply on Christmas Day.

"I made contact with Irish Water at the time and to be fair they resolved the issue but since then the problems has come back time and time again. It's affecting everyone from the elderly to children who are being home-schooled and it's not good enough."

He claimed even when the pipes were fixed the water was not drinkable or any good for washing clothes for anything up to a week.

"Even at that the water is not great in this area at any given time. The quick fix of joining pipes and walking away is not good enough, it needs to be thoroughly investigated and a permanent solution implemented.

He added as a result of these problems many people had to travel to buy water which they felt was not a safe thing to do due to the pandemic.

"They feel they have no choice because they are afraid to drink the water in their own homes. This is 2021 and every home should be receiving good clear fresh drinking water every day," he said.

Cllr McMonagle reiterated the concerns already raised and reminded councillors this area was once known as 'The Lagan Desert'.

He outlined the history of the creation of the Fullerton Pollen Dam near Buncrana and how it served water needs in St Johnston and Manorcunningham.

He said they all knew the problems the people in Bridgend, Burnfoot and Burt had in the past and now it appeared these problems has seemed to moved on to the Manorcunningham, Corkey and Rosbracken areas.

"I wouldn't like to think the people in those areas were going to be subjected to ongoing bursts. It's important Irish Water investigate this and where this is an old piping it is replaced and not wait until there's a burst every other week," he said.

Cllr McMonagle said although this was now outside the remit of the council, they still had to contact Irish Water when a burst occurred.

"But for far too often we've seen their lack of responsibility. Our water section within the council continue to keep the pressure on Irish Water to ensure there's an adequate infrastructure to supply all parts of the county."

He added an immediate investigation needed to be carried out in Manorcunningham and if it was broke it had to be fixed.

In its response to the motions the council indicated it had sent these queries to Irish Water and requested a response adding any response will be passed on to the Municipal District.